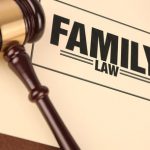 What are the Most Common Types of Elder Abuse?

Experts estimate that while elder abuse only affects a small percentage of the population each year, less than one in 14 cases actually gets reported to law enforcement officials. Elder abuse is generally considered as abuse to someone over the age of 65. Elders may be more susceptible to abuse as they have often… Read More »

What Is a Guardian Ad Litem, and Do We Need One?

No aspect of divorce is ever easy, but the most difficult aspect – as our family law attorneys know all too well – is determining custody arrangements. While each parent only wants what is best for their child, ill feelings towards one another make it difficult to proceed with a level head. It can… Read More »

What is a Guardian ad Litem?

Many aspects of family law are familiar to the average person. Most people are at least vaguely aware of what is involved in divorce, for instance, or that parents are often required to pay child support for their children. The guardian ad litem, however, abbreviated as GAL, is often an entirely new concept to… Read More »

Every parent wants what’s best for their child. But when going through a child custody case, some parents act selfishly, letting anger, hurt and betrayal guide their decisions regarding parenting plans and time sharing agreements, rather than what is truly in their child’s best interest. While child custody attorneys argue for a parenting plan… Read More »