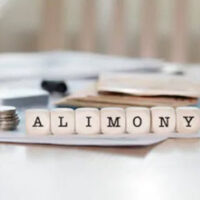 People who divorce after 17 or more years of marriage have the right to request permanent alimony, which is paid every month until one of the former spouses dies or the recipient spouse remarries or receives ongoing financial support from a new romantic partner.  Not every long-term marriage that ends in divorce results in a permanent alimony award.  If the recipient spouse has an income from employment or is capable of returning to the workforce after a hiatus from employment during the marriage, then the court will only award alimony for as long as it should take for the financially disadvantaged spouse to become financially independent.  If possible, the couple can even divide their marital property in such a way that the financially disadvantaged spouse will have enough assets that they will not need alimony, even if they are unable to work.  If your ex-spouse is requesting permanent alimony, but you think this is unfair, a Boca Raton alimony lawyer can help you argue in favor of an alternative to permanent alimony.

Is the Proceeds of the Sale of the Marital Home a Substitute for Permanent Alimony?

Otto and Diane were married for 17 years, and their divorce case was sufficiently complicated that their child turned 18 before the divorce became final.  For most of the marriage, Diane was living in Florida as a stay-at-home parent, while Otto was stationed in various countries in the context of his job in the foreign service.  The State Department requires diplomats to retire from their diplomatic positions when they reach age 65, and Otto was only a few months away from retirement when the parties’ divorce became final.

The divorce court ordered several measures to ensure Diane’s financial security.  It ordered the parties to sell the marital home, with the majority of the proceeds going to Diane.  It also ordered Otto to pay her permanent alimony.  Furthermore, it ordered him to secure the alimony with a life insurance policy with Diane as the beneficiary.  It also granted her half of the money that had accrued in his employer-provided retirement account during the marriage.

Otto appealed the decision, arguing that, while any of these measures would have been appropriate to ensure Diane’s financial support, it was unnecessary and excessive to implement all of them.  He persuaded the court to modify the judgment so that Diane would not get alimony.  Instead, the money she got from the sale of the house would give her more than enough money to buy a new house, and the money from the pension would give her an adequate retirement income.

Florida’s equitable distribution laws mean that no two court decisions about property division are exactly alike.  A South Florida divorce lawyer can help you if you and your spouse built up a substantial nest egg that is not easy to divide.  Contact Schwartz | White in Boca Raton, Florida about your case.