Are Irreconcilable Differences And No-Fault Divorce The Same Thing? 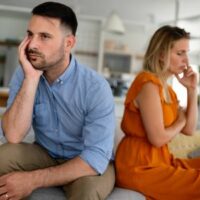 In the old days, you could only get divorced if you could prove that your spouse had done something unforgivable, such as moving out of your house and cutting off financial support or committing adultery.  The injured party would ask the court to award him or her a divorce, as if the dissolution of marriage were a form of compensation for the breach of the marriage contract.  The courts even used to phrase their court orders as if they were granting a divorce to one former spouse and against the other.  Today, fault is not usually an issue in divorce cases; society has decided, and family laws reflect, that it takes two to ruin a marriage, and that couples are free to divorce if they no longer wish to be married to each other.  The couple, not the court, decides whether their marital problems are big enough to warrant a divorce.  Once you have made this decision, the first step to accomplishing your divorce successfully is to contact a Boca Raton divorce lawyer.

What Counts as Irreconcilable Differences?

When you file for divorce in Florida, you do not have to give a specific reason, such as abandonment, abuse, or adultery.  You can simply cite “irreconcilable differences,” which simply means that at least one spouse has decided that the marriage is beyond repair.  Although you do not need to include any of these details in the divorce petition, the following is a partial list of marital problems that can count as irreconcilable differences:

No matter the reason for the divorce, the couple, with the help of their lawyers, a mediator, or a judge will determine the fairest way to divide the couple’s marital property.

When Fault Matters in Divorce Cases

When one spouse has clearly and intentionally caused the other spouse financial losses, the court will treat the divorce more like a breach of contract lawsuit.  In the context of divorce, the financial misdeeds are called marital misconduct.  Marital misconduct includes hiding assets from the wronged spouse, spending money on an extramarital affair, and selling assets at a loss simply to reduce the value of the marital property in anticipation of a divorce.  When determining equitable distribution, the court will attempt to compensate the wronged spouse for the financial losses caused by the other spouse’s misconduct.

A South Florida family law attorney can help you have the most painless divorce possible, even if your extended family still thinks that you should try one more time to reconcile with your spouse.  Contact Schwartz | White in Boca Raton, Florida about your case.