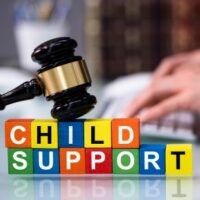 When Jose and Milagro divorced in 2003, all three of their children were minors.  Their marital settlement agreement said that Jose was responsible for paying child support until the youngest child turned 18 or graduated from high school, whichever happens later.  (As is standard for child support agreements, it stipulated that, if the child did not complete high school, Jose’s child support obligations would end on the child’s 19th birthday.)  In one place, the agreement said that Jose must pay $600 every two weeks, but in another place, it said that he must pay $1200 per month; in other words, it contained a discrepancy about whether he was responsible for 24 payments of $600 per year or 26 payments.  The agreement also made it sound like Jose was responsible for paying the same amount of money whether his payments were supporting one, two, or three children.  As every older sibling of a spoiled child knows, this is unfair.  Despite these issues, the court adopted the marital settlement agreement and used it as the basis for its child support order,

By 2009, the two older children had reached adulthood.  Jose had also changed jobs, and his new job paid less than his previous one, so he was struggling to pay his child support obligations.  He petitioned the court to modify his child support amount and to clarify, in the new order, how many payments he must make per year.  The court issued a new order which clearly stated that Jose must make two child support payments per month.  It also reduced the amount he had to pay, since by this time, only one child was entitled to receive child support payments.  The judge remarked that the problems with the original agreement were egregious.

Even if you and your spouse are determined to keep the peace during your divorce, you may still need a lawyer.  A Boca Raton divorce lawyer is your best defense against ambiguous provisions in marital settlement agreements and child support orders.  Contact Schwartz | White for a consultation.