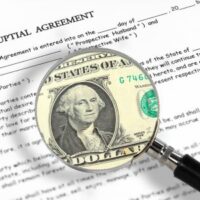 Prenuptial agreements and postnuptial agreements can make divorce cases a lot simpler, but only if both parties play by the rules.  The court has the discretion not to enforce a prenup or a postnup if it determines that one party coerced the other into signing it (such as by threatening to cancel your immigration petition or threatening to divorce you and sabotage your relationship with the children) or misled you about its contents (such as by not giving you time to read it with a lawyer).  Furthermore, prenups and postnups are only valid if both spouses make full disclosures about their assets and liabilities; without these disclosures, the court will determine that at least one party did not give informed consent to enforce the agreement.  If your spouse wants you to sign a postnup, a Boca Raton prenuptial and postnuptial agreements lawyer can help you make sure that the agreement is valid and both parties understand it.

A Postnup Masquerading as Just Another Boring Business Document

In the 1980s, only the biggest nerds had computers in their home, but by George W. Bush’s second term, there were so many computers in homes that many high schools were requiring students to complete homework assignments on their computers.  In 1989, two years after they got married, Richard and Bernadette bought a business that distributed IBM computers, essentially a franchise for IBM, and the company quickly appreciated in value.  Richard, along with several company employees, managed the company, while Bernadette had little involvement with day-to-day operations, but Bernadette was a co-owner, and she signed many company documents that required both her signatures and Richard’s.  In 2006, Richard asked Bernadette to sign an agreement giving up her ownership interest in the company in exchange for three million dollars, paid in three annual installments.  Richard encouraged Bernadette to review the agreement with a lawyer but not to heed the advice of any lawyers who wanted her to sign.  He told her he was asking her to sign the agreement to protect her from liabilities in case the company was unable to pay back a loan.  Although Bernadette feared that Richard was buying out her half of the company in anticipation of a divorce, she wanted to keep the peace, so she signed.

During the parties’ divorce case several years later, it came to light that the three million dollars Bernadette had received after signing the agreement did not represent half the value of the company.  The company was worth $43 million, so what Bernadette had received was less than ten percent of its value.  The parties had a long battle in court, and the court eventually ruled that the agreement was invalid, because agreements between spouses are not legally valid unless they are made with full disclosure.

A South Florida divorce lawyer can help you if your spouse wants you to sign a postnup, but you suspect that there is more to the story than your spouse is telling you.  Contact Schwartz | White in Boca Raton, Florida about your case.