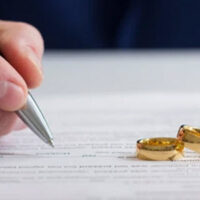 Most divorced people can think of something they wish they had done differently in their marriage.  Some wish that they had made more time to spend with their spouse and children, while others wish that they had been better at setting boundaries with their in-laws and their own extended families.  Conflicts over finances are usually not the only source of conflict between couples, but they are often a factor in the breakdown of marriages.  Some couples sign prenuptial agreements before they get married, but this is usually only the case when one or both spouses have an obvious source of disagreements over finances, such as a heavy student debt burden, a business owned jointly with other family members, children from a previous marriage, or even just a major discrepancy in wealth with the other spouse.  After you get married, all kinds of unexpected situations arise, including situations related to money.  Some of these situations might make you wish that you had signed a prenup, and while you cannot change the past, you can sign a legally binding postnuptial agreement.  To find out more, contact a Boca Raton prenuptial and postnuptial agreement lawyer.

A postnuptial agreement serves a similar purpose to a prenuptial agreement, except that the parties enter into the agreement while legally married to each other instead of before getting married.  The agreement can designate certain assets as separate property when, in the absence of the agreement, the court would have classified the assets as marital.  It can also include provisions about inheritance, such as each spouse waiving the right to claim an elective share of the other’s estate.  These are some situations in response to which people often choose to sign postnuptial agreements:

What Can Postnuptial Agreements Say About Children?

Prenuptial and postnuptial agreements cannot include decisions about parenting time or child support; the court decides these matters based on the children’s best interest and independently of issues related to the parents’ property division.  In a postnuptial agreement, however, you can include provisions about property to which the parties’ adult children do or do not have access.  For example, you can indicate that, if you and your spouse divorce, and your ex revises their will, your children (your ex’s stepchildren) must still be entitled to the same inheritance they get in the current will.

A South Florida family law attorney can help you and your spouse draft a postnuptial agreement that could prevent divorce or make your eventual divorce less stressful.  Contact Schwartz | White in Boca Raton, Florida about your case.