Can The Court Order You To Exercise Your Parenting Time In Restaurants Only? 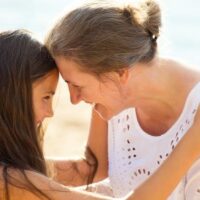 The closer the children of divorced parents are to adulthood, the more weight the family courts give to the children’s opinions about how to divide the parenting time between the divorced parents.  When asking teens their opinions about parenting plans, the family court judge will typically meet privately with the teen in the judge’s office, so the teen is not responding to disapproving looks from one parent or the other.  After the interview, the judge should write detailed notes about the preferences expressed by the teen and the reasons for those preferences.  (For example, a teen might say that she prefers to live with her father on weekdays during the school year so she can continue to attend the neighborhood school near her father’s house, where she is on the basketball team.  Another might say that she prefers to spend as many days out of the year as possible with her mother, because she does not get along with her stepmother.)  Whether or not a teen’s preference was a factor in the judge’s parenting time decision, judges should be forthcoming about the reasons underlying their rulings.  If the judge in your child custody case made an arbitrary decision, contact a Palm Beach County child custody lawyer.

Sonia and Leonard divorced when their twin daughters were in kindergarten.  For many years, they shared parenting time approximately equally, but problems arose in early 2020, when the girls were 16 years old.  One of the girls was scheduled to have dental surgery.  Sonia is a physician, and she believed that the oral surgeon was not following proper preoperative safety procedures, so she made the unilateral decision to cancel the surgery.

For Leonard, this was the final straw in what he considered a long pattern of Sonia’s erratic behavior and attempts to alienate the children from him.  He petitioned the court to modify the parenting plan so as to give Sonia so little parenting time that Leonard would no longer be obligated to pay child support.  The judge met with the girls but did not produce a written record of his conversation with them.  The court then issued a new parenting plan where Sonia’s parenting time would be limited to two dinners per week in restaurants.

Less than two months later, Florida restaurants suspended dine-in service due to the COVID-19 pandemic, leaving Sonia with no parenting time at all.  Sonia took the case back to court, and the appeals court reversed the decision and remanded the case to the trial court to work out a new parenting plan.

A Boca Raton child custody lawyer can help you if you and your ex-spouse cannot agree about how much time each of you should get to spend with your high school-aged children.  Contact Schwartz | White for help today.