Can You Modify Your Parenting Plan in Florida If You Got Divorced in Another State? 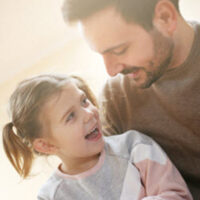 Although it doesn’t feel like it now that you and everyone you know has been staying at home for the past two months, people today are more well-traveled than at any other time in history.  Families spread out across multiple states, or even more than one country, stay in close contact with each other and exchange frequent visits.  Hardly anyone can stop you from moving to a place where you would prefer to live, rather than your current location; almost the only person who can stop you is your ex-spouse, if the two of you have minor children together.  Ex-spouses stopping you from moving out of state with the children are the exception, rather than the rule; more often, the parents simply modify their parenting plan to account for the new responsibilities of transporting the children over a long distance.  If you or your ex has moved out of Florida, and you want to modify your parenting plan or child support order, contact a South Florida child custody lawyer.

Florida Laws About Relocation After Divorce

All couples who divorce when their children are minors must formalize and abide by a parenting plan, which specifies which parent gets to spend time with the children on which days and who transports them to the other parent, among other non-financial decisions.  If one parent plans to relocate outside Florida, they must notify the other parent in advance.  If your ex-spouse doesn’t object, you are free to move; if your ex objects, the court must decide whether you may move.  If the court approves the move, it usually also modifies the parenting plan to account for the new distance.  Some parenting plans contain a provision that both parents must stay in the county where they divorced.  This usually happens when their children are very young and benefit most from short, frequent visits with the non-residential parent.

Details of the Benitez Case

Jorge Benitez and Marilyn Konfino got married in Mexico in 1980.  They moved to Georgia soon thereafter and stayed there until they divorced in 1990, by which time they had two children.  In the early 90s, both former spouses moved to Florida to be near their respective families.  Jorge moved to Miami-Dade County (then called Dade County), and Marilyn moved to Seminole County.  When Marilyn moved back to Georgia with the children. Jorge sought to modify his parenting time and child support obligations; his brother Gus, a lawyer in Florida, acted as his attorney.  The court in Florida ruled that it did not have jurisdiction in the case, and that the courts in Georgia were the proper venue for his request.

A family law attorney can help ensure that you get to spend a reasonable amount of time with your children, even if your ex-spouse moves out of state with them.  Contact the Boca Raton child custody lawyers at Schwartz | White for help today.