Can You Reduce Your Alimony Obligations Because of a No-Win Situation in Your Professional Life? 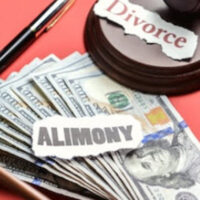 How much money is enough?  What kinds of personal sacrifices should you make for work?  Is the freedom of being your own boss more valuable than the stable income you get from a salaried position?  How stressful does a well-paid job have to be before you quit and take a different job where the pay is less?  There is no universally correct answer to these questions, and decisions about work-life balance have caused plenty of conflict and resentment among spouses.  They could have even contributed to the breakdown on your marriage.  Maybe you finally got tired of playing second fiddle to your spouse’s illustrious career, or perhaps your spouse always felt that you chose a low-stress job at the expense of pulling your weight financially.  The hurt feelings about work-life balance are all in the past, but you might have to revisit disagreements about one spouse voluntarily taking a pay cut if imputed income is an issue in determining equitable distribution, alimony, or child support.  A South Florida alimony lawyer can help you defend your professional choices if your ex is still blaming you for not making enough money.

James and Kathy were married for 28 years.  James was a veterinarian, and by the time he and Kathy divorced in 2000, he owned his own veterinary clinic which counted among its employees two other full-time vets.  After the divorce, those two vets entered negotiations with James to buy partial ownership of the practice, but the negotiations fell apart, and the two full-time vets quit working for James in 2005, leaving him as the only full-time veterinarian at the clinic.  He worked 15-hour days to keep up with the practice’s expenses, but this eventually became unsustainable.  When a regional animal hospital offered to buy his practice and keep him as a salaried employee, James accepted, even though it would mean a reduction in his income.

The divorce judgment ordered James to pay Kathy $11,000 per month in permanent alimony.  In 2007, after James had sold his veterinary practice and when he and Kathy were both in their mid-fifties, he sought to reduce the amount of his monthly alimony obligations.  He argued that his income had decreased through no fault of his own, and that Kathy’s expenses were also lower now that the mortgage on the former marital home was paid off.  Despite Kathy’s objections, the court agreed to reduce the amount of permanent alimony James had to pay each month, with the understanding that she could seek an upward modification in the future if her financial needs increased.

An experienced Boca Raton alimony lawyer can help you get or keep a fair alimony agreement even if one spouse wants to modify the amount of alimony years after the divorce.  Contact Schwartz | White for more information.