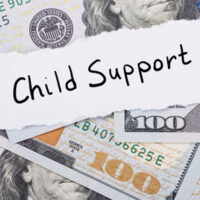 Many children with special needs flourish when they receive appropriate support from teachers, therapists, and family. Divorce is disruptive to all children, but it is even more disruptive to children whose special developmental or medical needs make a change to their routine even more of a challenge than such a change would represent to other children. Getting children the care and support they need to help thrive in an appropriately supportive educational environment can be expensive, but it is even more important in the first years following a divorce. Deciding what kind of school is most appropriate for a child can be a point of contention in any family, but it is an even more contentious issue when recently divorced parents disagree about the best course of education and therapy for a child with special needs. If you and your ex-spouse disagree about the best use of resources to meet your children’s special needs, contact a South Florida child custody lawyer.

Details of the Ron Case

Caryn Forrest and Ami Ron divorced when their daughter was six years old. The child had been diagnosed at an early age with a variety of special needs, including difficulty with fine motor skills and vision, as well as behavioral problems that manifested as aggression toward peers and caregivers, difficulty establishing relationships, and what the child’s psychologist described as “very inappropriate behavior toward strangers.” The parents enrolled the child in a Montessori school that contained preschool and elementary school grades. When the parents separated, the father had agreed to keep the child in Montessori school until kindergarten but then to move her to a public school for kindergarten.

The mother objected to the father’s decision to move the child to public school and went back to court while the child was still in pre-kindergarten. The child’s neurologist and psychologist testified that the child’s special needs made public school an inappropriate for the child. They brought evidence that the child benefited from the small class size at the Montessori school and that changing schools would be distressing to her and detrimental to her developmental progress. The court ruled that it was in the child’s best interest to remain in the Montessori school and that the father’s reasons for moving her to public school were financial and not based on her best interests. Therefore, it ordered the father to continue paying child support that included his share of the cost of Montessori school tuition. It also ordered him to cover part of the cost of speech therapy for the child; the mother had previously been paying for speech therapy by herself.

It’s easy to get stuck arguing about money when trying to make decisions about children’s education, but the courts have an obligation to decide based solely on the children’s best interests. A child custody lawyer can help you if you and your ex have reached an impasse. Contact the Boca Raton child support lawyers at Schwartz | White about your child support case.