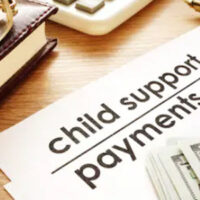 Healthcare is so expensive and health insurance is so complicated that the subject can be a major source of stress even for happily married couples.  Decisions about children’s healthcare and about the parents’ financial responsibilities for this care is, understandably, a frequent source of disputes among former spouses with minor children.  Parenting plans specify which parent has the final decision about non-emergency healthcare for the children; the assumption is that, in a medical emergency, whichever adults are with the child will seek immediate treatment for the child, and then worry about finances later.  Child support orders also specify which parent must carry health insurance for the children and which parent is responsible for what share of payment if the child receives treatment by an out-of-network doctor.  Medical billing can turn even the most amicable divorce into a battle.  If you and your ex-spouse can’t agree about payment for your minor children’s medical bills, contact a Palm Beach County family law attorney.

Thomas and Kimberly divorced in 2015.  Their marital settlement agreement stated that Thomas must carry health insurance coverage for the parties’ minor children until they reached adulthood.  It also stated that the parties would divide the portion of the medical bill not covered by insurance equally.  If, however, one party sought non-emergency treatment for one of the children with an out-of-network doctor without first obtaining the other party’s consent to visit that doctor, the party who chose the doctor would bear full responsibility for the bill.

The parties’ daughter suffered a serious illness almost immediately after the divorce was finalized.  Kimberly took her to a doctor not covered by Thomas’ insurance, and she recovered after several months of treatment, but the treatment cost $60,000.  Kimberly’s parents paid the bill in full, and Thomas’ insurance reimbursed part of the cost.

A $60,000 medical bill would be a true financial disaster for most families.  Having grandparents pay the bill upfront and health insurance reimburse part of the cost is far from the worst-case scenario.  Most people do not have relatives with enough money in savings to cover an emergency expense of that magnitude, and many do not have health insurance.  As for Thomas and Kimberly, their dispute over whether Thomas should reimburse his former in-laws for half of what the insurance did not cover reached the appeals court.  Healthcare is expensive, but fighting about it in court with your ex-spouse is even more expensive.  As celebrity divorce lawyer Robert Stephan Cohen says, most of the expensive divorce battles are about assets and debts totaling no more than four percent of the marital wealth.

Dealing with your ex about paying children’s medical bills can be frustrating.  A Boca Raton child support lawyer can help you negotiate with your spouse to get a fair arrangement for paying for children’s non-emergency healthcare.  Contact Schwartz | White for help with your case.