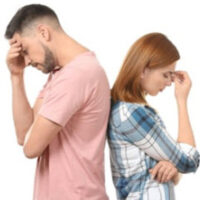 The most valuable things in life are not things.  Judges in family law court know this, but the only way to disentangle couples from each other’s futures is to reduce everything to dollar amounts.  Intellectual property has a long history of defining and regulating what it means to own an idea and what you get if you are the legal owner of a certain idea.  Despite this, disputes over intellectual property disputes can be some of the most bitter divorce battles out there.  Not only can ideas be very valuable, but the people who generated them can be very attached to them.  A Boca Raton divorce lawyer can help you resolve property division disputes with your ex-spouse about intellectual property such as patents, trademarks, copyrights, and royalties.

Florida law requires divorcing couples to divide their marital property.  Unless you signed a prenuptial agreement that states otherwise, marital property is everything that either spouse earned or acquired during the marriage.  As unfair as it may sound, it doesn’t matter which spouse earned what.  Instead, the court decides on a case-by-case basis (or allows couples to decide for themselves in a marital settlement agreement) the fairest way to divide the property.  Things get complicated when it comes to dividing assets that will continue to generate income for years to come.

If one of the spouses registered the patent, copyright, or trademark during the marriage, then it is marital property.  Therefore, the divorce court must decide which spouse gets what share of the income that the intellectual property generated during the marriage and what share of the income it will continue to generate.  This also applies to royalties earned on copyrighted material.  If only one spouse’s name is registered to the copyright, trademark, or patent, this is unlikely to change after the divorce.

Think of all the songs that you have heard frequently on the radio throughout your life; whoever continues to earn royalties from them must be very rich.  A case of this which has recently made news concerns the decades-old divorce agreement between Michael Douglas and his ex-wife Diandra Luker.  When they divorced in 1995, they agreed that Luker would get half the royalties from Douglas’s films and any subsequent spinoffs from them.  In 2010, they went back to court when Douglas’s film Wall Street: Money Never Sleeps was released.  Luker argued that the new movie is a spinoff of the original Wall Street Movie made during their marriage, so she is entitled to half the royalties.  Douglas argued that it is a sequel, so she is not.  The dispute has been going on for over a decade and remains unresolved.

A South Florida family law attorney can help you reach an agreement with your spouse about the division of royalties and intellectual property rights.  Contact Schwartz | White in Boca Raton, Florida about your case.