Do I Qualify for USFSPA Benefits in Florida if My Ex-Spouse is Military? 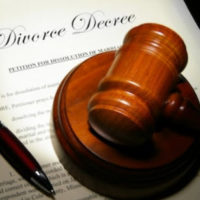 If you are preparing for, or are currently going through, a Florida divorce, you may be entitled to some benefits under the USFSPA, which stands for the Uniformed Services Former Spouses’ Protection Act (10 U.S.C. 1408). The main provisions of the USFSPA give individual states rights to distribute a military member’s retirement pay to a former spouse, and also include a method to enforce these particular divorce orders through the DOD, or Department of Defense.

What to Know about USFSPA Benefits

Benefits under the Act are not granted automatically. You would need to have a valid order from the judge in your original divorce decree that awarded you a portion of your ex’s military retirement. The court will only award a portion of the military member’s retirement that corresponds to the years you were married. If you were only married for ten years of your ex’s military service, you will receive a much smaller amount than someone who was married for 20 of his or her spouse’s 25-year military career.

The types of court orders that are enforceable under the USFSPA include:

In these pertinent court orders, the judge must have issued a court award that provides for the military spouse to pay alimony, child support, or retirement pay.

There is also something called the 10/10 Rule you need to be familiar with. This states that for dividing retired pay as part of the property settlement under the USFSPA, the military member and spouse had to be married for at least ten years and the military member had to have at least 10 years of military service that applied towards eligible retirement. The 10/10 rule does not apply to child support enforcement or alimony awards under the Act.

Other benefits that may fall under the USFSPA may include a former spouse’s right to access military exchanges and commissaries and health care at military treatment facilities.

There may be some benefits under the Survivor Benefit Plan in some cases. The military member must designate the spouse as a survivor benefit plan beneficiary if he or she was included as a spouse beneficiary. There are some considerations to keep in mind. The designation should either be voluntary or ordered by the court. If the couple divorces after retirement, the former spouse’s coverage will be the same. If the divorce takes place prior to the military member’s retirement, the court will specify the coverage level in their final order. If the former spouse remarries again before he or she turns 55 years old, their eligibility will be lost unless they divorce again. Then the former spouse’s eligibility will be restored.

Benefits under the USFSPA are complex. It’s important to speak with a knowledgeable and experienced Boca Raton divorce attorney. If you are in need of assistance with an upcoming or pending divorce, contact the Law Offices of Schwartz | White at 561-391-9943. Our Florida family law attorneys have years of experience handling a wide variety of divorce scenarios, including those involving a military spouse.