Do You Need To File For Divorce In Florida If A Court Somewhere Else Already Dissolved Your Marriage? 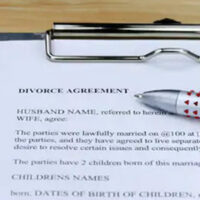 In general, the courts in Florida have jurisdiction to dissolve the marriages of people who have resided in Florida for at least six months, even if they got married elsewhere.  In some cases, the couple’s marriage was already rocky when they arrived in Florida, and because of the issue of jurisdiction, they had to wait until six months after they moved here before filing the divorce petition.  In other cases, one spouse moved to Florida after the couple separated; Florida is usually the right place for those divorce cases, too, especially if the couple’s minor children are living in Florida.  If you already got divorced in another state or another country, though, your divorce decree from your former home is automatically valid in Florida.  In some cases, though, parents must petition the court to domesticate a parenting plan or child support order from out of state in order to make it enforceable in Florida.  If you moved to Florida after getting a divorce, but there is still unfinished business regarding property division, parenting time, or child support, a Palm Beach County family law attorney can help you.

Spamming the Court Will Not Accomplish Anything

Jacques and Ginou got married in Haiti in 2008 and had three children together; the family then moved to Massachusetts in 2014.  The family moved to South Florida in June 2016, and Jacques filed for divorce in Florida in September 2017.  Ginou filed a response to the divorce petition, including her own requests about parenting time, child support, and equitable distribution.

Jacques then filed a motion to dismiss his divorce petition, and this is where things get complicated.  He claimed that the Florida court did not have jurisdiction to dissolve the parties’ marriage because they were already divorced.  As evidence, he presented a divorce decree issued in Haiti and dated January 2014, before Jacques, Ginou, and the children ever moved to the United States.  Furthermore, he argued that the Florida courts did not have jurisdiction because all the family members were citizens of Haiti and, by the end of 2017, Ginou and the children had moved back to Massachusetts, while Jacques had moved to Somalia.  Jacques then filed hundreds of petitions and motions through the court’s e-filing system, but these did not help his case at all; in fact, the court declined to rule on them.  Eventually, the appeals court remanded the case to the trial court to decide whether the Florida courts had jurisdiction over the couple’s divorce and, if so, what the terms of their divorce would be.

A Boca Raton divorce lawyer can help you if you moved to Florida after separating from your spouse but are still dealing with legal issues related to your divorce case.  Contact Schwartz | White for a consultation.