Do You Really Have to Pay Temporary Alimony If Your Spouse Can Survive Financially Without Your Help? 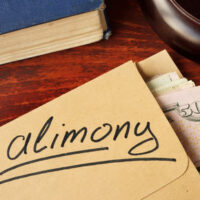 Because temporary alimony, also called pendente lite alimony, automatically ends when the divorce becomes final, you might think that it is not the source of much conflict.  The ostensible purpose of temporary alimony is to keep the household bills paid and the home mortgage from going into foreclosure while the divorce case is pending.  Court decisions that rule on disputes over temporary alimony reveal another motive for ordering this type of alimony, though, namely, to keep the financially disadvantaged spouse from becoming financially dependent on third parties or on the state.  Many recipients of alimony, temporary or otherwise, have little or no work experience and have depended on their spouses financially for many years.  The court awards them alimony because they have no other source of financial support.  What happens, though, when both spouses have substantial wealth in the form of non-marital property?  For disputes related to temporary alimony in a high net worth divorce, contact a South Florida alimony lawyer.

Shoshana Candiotti and Leroy Schechter began dating in 1984, but they did not marry or merge their finances until 2002.  Both of them were affluent, but Shoshana’s wealth was a tiny fraction of Leroy’s.  Shoshana’s net worth in 2002 was about $1 million; her most valuable asset was her interest in a house she owned jointly with her mother.  By contrast, Leroy had a net worth of about $160 million.  By the time they divorced, Shoshana was worth about $2 million, while Leroy was worth about $180 million.  Before they married, they signed a prenuptial agreement stating that, if they divorced, Shoshana would receive only $260,000 in alimony.

The parties filed for divorce in 2010, and the court ordered Leroy to pay Shoshana $1,000 per week in temporary alimony, as well as paying directly for her travel expenses, domestic help, credit card, and attorney’s fees while the divorce was pending.  The divorce was still going on 21 months later, and Leroy filed a motion to terminate the temporary alimony.  He argued that the temporary alimony amounted to a windfall for Shoshana; she had already gotten more money in temporary alimony than she would get in lump sum alimony when the divorce became final.  The court agreed to terminate all of Leroy’s temporary obligations to Shoshana.  When Shoshana appealed the decision, the appeals court ordered Leroy to pay Shoshana’s attorney’s fees, since he was so much wealthier than she was, but it agreed with the trial court’s decision to terminate the other obligations, since Shoshana did not really need all that financial support from Leroy.

Even if you were wealthy before you married your spouse, you are still entitled to your fair share of the marital property, and a Boca Raton divorce lawyer can help you get it.  Contact Schwartz | White for more information.