Do You Still Have To Pay Alimony If Your Ex-Spouse Has A Multimillion Dollar Trust? 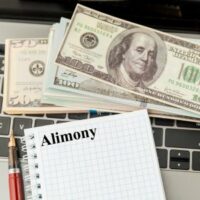 It is the nature of equitable distributions that the percentages of marital assets that go to each former spouse vary from one couple to another.  In determining equitable distribution and alimony, one factor that the court considers is the value of each spouse’s nonmarital assets.  Property that one spouse owned before the marriage and did not commingle remains separate; examples include inherited wealth that a spouse never deposited in a marital bank account or a house that your ex bought before your marriage and which was never a marital home (such as if her grown daughter from her first marriage lived there while she was married to you).   The court will only award alimony if it determines that the financially disadvantaged spouse has a genuine need for it, meaning that he or she will still need money to maintain a standard or living similar to what the couple had before the divorce, even after you take into account the financially disadvantaged spouse’s income potential and separate assets.  That is why most recipients of permanent alimony are elderly, in poor health, or both.  Most long marriages do not end with an award of permanent alimony.  If your ex-spouse is requesting permanent alimony, but you don’t think that your ex really needs it, contact a South Florida divorce lawyer.

The Pilot and the Bay of Pigs Invasion Orphan

In 1977, Michael, an Air Force Pilot, married Janet, who became a stay-at-home parent when the parties’ first child was born.  After Michael’s retirement from the Air Force, he began working as a pilot for a commercial airline, and his retirement savings from both careers continued to accrue.  The family lived comfortably on Michael’s income alone; they paid their children’s tuition first at private schools and then at university.  The marriage fell apart because of Michael’s relationship with another woman, with whom he eventually moved to Texas.  Michael and Janet filed for divorce in 2009, after their younger child turned 18, and ten years later, they were still in court fighting over equitable distribution.

Michael’s retirement accounts were a point of contention, as was Janet’s request for permanent alimony.  Janet alleged that Michael had dissipated marital assets by financially supporting his girlfriend and her son, while Michael alleged that Janet had done the same by funding a lavish lifestyle for the parties’ grown children.  Further complicating matters was Janet’s separate property.  Janet’s father was killed in the Bay of Pigs invasion, and because of this, Janet had received a legal settlement of $9 million.  She placed the money in a trust, with herself and her descendants as beneficiaries, but the trust money was only to be used for medical and educational expenses.  In the end, the court ruled that Janet should not get permanent alimony, because she was capable of working.

A Boca Raton divorce lawyer can help you divide your marital assets equitably, even if the value of your separate property is also considerable.  Contact Schwartz | White for help today.