Do You Waive Your Right To Equitable Distribution By Signing A Religious Marriage Or Divorce Document? 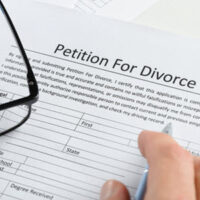 The family courts do not rule on matters of religion, but many couples follow the laws of their faith traditions regarding marriage or divorce.  If the Florida courts dissolve the marriage of a Catholic couple, this has no bearing on whether the Church annuls their marriage.  Orthodox Judaism only considers a marriage dissolved after the husband issues a document called a Get, and while the civil courts can divide the couple’s property and parenting time and dissolve the marriage under Florida law, there is almost nothing they can do to make the parties legally single under Jewish law.  In Islamic marriage contracts, the husband promises to pay the wife a certain amount of money as a dowry; each couple decides individually how much will be given at the beginning of the marriage and how much in the event of a divorce.  The purpose of this payment is to protect divorced women from being impoverished.  According to Florida law, the amount of money the husband pays the wife upon divorce is just one factor that determines the distribution of marital assets.  To find out more, contact a Boca Raton property division lawyer.

Wife Asks Florida Court to Divide Marital Assets Equitably, but Husband Argues That He Already Paid Everything He Owed

Mohammed and Fauzia married in Bangladesh in 2015.  Before their marriage, they signed a document called a Mahr, which was a pre-printed form where the parties typed in their information.  It specified that Mohammed would pay Fauzia 1,500,000 Bangladeshi taka, of which he would pay 5,000,000 taka on their wedding day and 1 million taka in the event of a divorce.  The parties moved to Florida and bought a house, and Mohammed filed for divorce in 2019.

During the divorce case, Mohammed argued that, by signing the Mahr, Fauzia had agreed that 1 million taka (just over $11,000 in U.S. currency) was the total amount she could get in the event of a divorce that she agreed to waive all other rights to equitable distribution.  Fauzia argued that, since the Mahr did not say anything about her right or lack thereof to a share of the marital property, the court should divide the marital property in a way it deemed equitable.  She argued that, even if they had divorced in Bangladesh, the courts there would not have followed the interpretation Mohammed was proposing.  The appeals court sided with Fauzia and awarded her possession of the marital home.

Although this is not what happened in Mohammed and Fauzia’s case, it is possible that a Muslim couple could use their Mahr as a guide when drawing up their marital settlement agreement, and the court would agree to its terms.

Contact Schwartz | White About Divorce After Signing a Religious Contract

A South Florida divorce lawyer can help you divide your marital property equitably if you and your spouse made commitments financial and otherwise, about the terms of your marriage and divorce under the laws of your religion.  Contact Schwartz | White in Boca Raton, Florida about your case.