Does Florida Have Spousal Privilege? 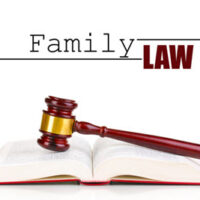 Spousal privilege in Florida is also known as “husband – wife privilege” and is covered under Florida Statute Section 90.504. This privilege is designed to prevent one spouse from disclosing certain types of communication that occurred between the spouses. It is to encourage honest communication between spouses without worry or threat that any of these conversations will be disclosed in a court hearing.

It’s important to note that the privilege only covers communications that occurred during the course of the marriage. However, either spouse can assert privilege during or after the marriage is over. This means that even if the couple is divorced, one spouse can assert privilege to keep from testifying about particular communications that occurred while they were married.

What to Know About Florida Spousal Privilege?

In addition, spousal privilege is not retroactive. This means that while it applies to spouses, it does not apply to communications that occurred prior to your marriage. You cannot go back and claim that a conversation you had with your wife prior to the date you got married is protected under Florida’s spousal privilege.

Are There Situations When Privilege Does Not Apply?

Spousal privilege is not necessarily absolute. There may be times when a spouse waives it, intentionally or unintentionally. Situations that may involve waiving privilege can include:

When is Spousal Privilege Used?

Spousal privilege is often asserted in a personal injury lawsuit, giving the spouses the right to refuse disclosing any information that could harm the other one with their testimony. For example, imagine your spouse was injured in an auto accident, but exaggerated his or her injuries in an attempt to maximize the amount of compensation they received. While there are obvious concerns around whether this would be considered insurance fraud, spousal privilege would keep the insurance company from calling you to the stand to testify on whether or not your spouse is lying about their injuries.

Even if you wanted to disclose it, your spouse could assert their privilege to keep you from disclosing it. However, since spousal support is not absolute, you should not view it as a layer of protection in all cases.

Do you have questions on spousal privilege and how it relates to your Florida divorce? If so, it’s important to speak with a Boca Raton family attorney who can help answer these and advise you whether your specific situation is covered under spousal privilege. Contact the Law Offices of Schwartz | White today to schedule an initial consultation.