Due Process and Florida Divorce Cases 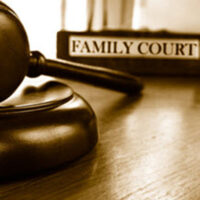 In divorce cases, as in other legal processes, every person has certain legal rights.  When the court or the state fails to respect those rights, it is a violation of due process.  In criminal court, many defendants have successfully argued that they could not be convicted because their right to due process had been violated; for example, police might have interrogated the defendant without an attorney present or searched the defendant’s home without a warrant.  Each party in a divorce case has rights, and if the court does not respect those rights in making its decision, then you can appeal the decision because of a violation of due process.  Specifically, you have a right to be notified if your spouse files for divorce, and you have the right to file a response to the divorce complaint, in which you make your own requests.  You also have the right to a fair assessment of the marital property to be divided.  A South Florida divorce lawyer can help you defend your right to due process in your divorce case.

Nilay Shah filed for divorce from his wife Amruta Patel in 2015.  Amruta filed an answer, in which she made 30 requests, including various requests for alimony.  Both parties attended a hearing in April 2016, in which the judge announced the terms of their divorce and then formalized those terms in a written ruling shortly thereafter.  The ruling stated that the document Amruta filed was simply an “answer,” not a counter-petition, and therefore it could not consider her requests for alimony.  It also stated that she had not proven that the couple had owned any marital property, nor had she given proof of Nilay’s income, so there was nothing to divide.

Amruta appealed, and the appeals court reversed the trial court’s judgment and remanded the case to a lower court.  It stated that the trial court had erred in failing to treat Amruta’s response, in which she stated her requests for the terms of the divorce, as a counter-petition.  The appeals court decision also said that the trial court had violated Amruta’s right to due process by failing to do a thorough assessment of the parties’ marital and non-marital property, especially given that some of it was in dispute.  For example, Nilay had not been forthcoming about his income, and he had even classified property that he had bought for Amruta early in their marriage, including clothing, jewelry, and kitchen utensils, as his non-marital property.

It is obviously unjust if the court takes everything your spouse said in his divorce petition at face value and does not even consider your counter-petition.  Even if the court’s error is more subtle, a South Florida divorce lawyer can help you correct the errors in the trial court’s ruling.  Contact the Boca Raton divorce lawyers at Schwartz | White for a consultation.