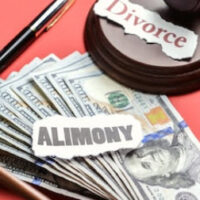 Divorce courts in Florida divide property according to what is fair for both parties; the legal term for this is equitable distribution.  Decisions about alimony follow the same logic, but not all divorce settlements include alimony, whereas all of them involve equitable distribution.  This means that some people who were financially dependent on their spouses throughout the marriage will receive alimony and a large portion of the marital assets, but others will not.  For example, the court will probably award permanent alimony to a 60-year-old woman who was married for 30 years and has not had paid employment since her oldest child was born 27 years ago.  By contrast, a 60-year-old woman who didn’t work during her five-year marriage to her second husband probably will receive little or no alimony if she has substantial assets in the form of her own retirement savings and property she inherited from her parents and her first husband.  Even if your marriage lasted only a few years, you might still be entitled to alimony.  If you will need financial support from your ex-spouse after a relatively brief marriage, contact a South Florida alimony lawyer.

Details of the Cohen Case

Jeffrey and Roni Cohen got married in 2000 and divorced in 2006, when they were in their late 50s; Jeffrey had been married once before, and Roni had had three prior marriages.  Jeffrey was self-employed in the real estate development business, and many of his non-marital assets were titled in the name of trusts and business entities.  Jeffrey frequently transferred money back and forth between his business accounts and personal accounts; Jeffrey and Roni both had their names on the personal accounts.  The couple enjoyed a lavish lifestyle, funded largely by Jeffrey’s non-marital assets; by 2005, Jeffrey’s income from his business was only $12,000.

Jeffrey and Roni’s divorce case lasted for more than a year from the time of filing until the trial.  During the divorce process, the court granted Roni temporary relief, allowing her to remain in the marital home after Jeffrey had moved out and requiring Jeffrey to pay her more than $11,000 per month to cover the household expenses.  During this period, Roni did not look for a job or plan for a future without financial support from Jeffrey.  She requested lump sum alimony in the amount of $500,000, plus bridge-the-gap alimony, namely $8,344 per month for five years.  (The duration of bridge-the-gap alimony cannot be longer than the duration of the marriage.)  Roni and Jeffrey disagreed about the valuation of marital assets and which assets were marital or non-marital.  The trial court and appeals court both ruled that Roni was entitled to a much smaller amount of alimony than what she requested.

Alimony is not just for people who have been married for decades or who are not healthy enough to work; you might be able to get alimony for a few years even after a short marriage.  Contact the Boca Raton alimony lawyers at Schwartz | White for help today.