Equitable Distribution for the 99 Percent 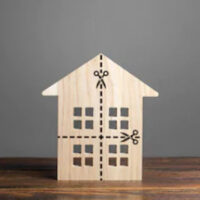 Celebrity divorce is its own subgenre of journalism, but sometimes the divorce cases of people who are not celebrities also make news headlines.  If the parties are not known for their role in cinema, sports, music, or reality TV and are not related to the monarchy of any country, then their divorce disputes are not usually newsworthy unless the assets over which they are feuding are especially valuable.  As Florida cases, though, you have heard about Phil Collins and his ex-wife Orianne fighting over which one can stay in their Miami mansion now that Orianne has remarried.  You have probably also heard of Mark Flood and Blake Taylor, whose divorce has been going on since forever, even though you might not know their names; Blake is requesting permanent alimony, while Mark argues that, not only should Blake not get permanent alimony, but that permanent alimony should be abolished altogether.  Divorce cases can be complex for the rest of us, too.  Even if your marital property does not include multiple residences and enough money for the couple to survive on one income throughout the duration of the marriage and beyond, there can still be disputes over how to divide certain assets and over which assets are divisible.  A South Florida divorce lawyer can help you achieve equitable distribution of your marital assets, even if those assets seem like chump change compared to what you read about on the society page.

Amy and Chris were married from 2000 and 2005 and did not have children together.  Chris worked for a government agency and had worked there since before he married Amy; while the appeals court’s decision does not mention Amy’s employment history, one can infer that, during her marriage to Chris, she earned less than he did, especially since the court ordered Christ to pay temporary alimony during the divorce proceedings and bridge-the-gap alimony after the divorce became final.  Chris appealed various aspects of the trial court’s decision, specifically about assets of modest value which Chris claimed as separate property and Amy claimed as marital property.  The appeals court ruled on them as follows:

A Boca Raton divorce lawyer can help you equitably distribute gifts the sentimental value of which exceeds their resale value.  Contact Schwartz | White for a consultation.