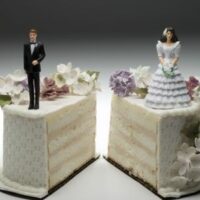 Lots of people wish for a source of passive income, but even the ones who don’t get divorced should be careful what they wish for.  Owning a real estate property that you rent out to tenants can be a lucrative source of income, but being a landlord is so much work that one wonders whether an investment property truly counts as passive income or just a second job.  This is not a new problem; in the ninth century, Abu Uthman of Basra, better known by his nickname Al-Jahiz, wrote about the daily hassles faced by landlords in his book The Book of Misers.  When a couple that earns income from an investment property gets a divorce, things get even more complicated.  If the investment property is a marital asset, it is subject to equitable distribution just like any other asset, and the court must decide on a case-by-case basis which spouse is entitled to which percentage of the value of the property.  If it is the separate property of one spouse, the other spouse can try to persuade the court that they are entitled to a share of its value due to their contributions to the property during the marriage.  If a rental property that generates income is a point of contention in your divorce, contact a Palm Beach County divorce lawyer.

Husband Owned Rental Property Before Marriage, but Both Spouses Contributed Money and Work to It During the Marriage

When Donald and Ann married, he owned a second house as an investment property, and he still owed a lot of money on the mortgage.  During the parties’ long marriage, they both used their employment income to pay down the mortgage and pay for improvements to the property.  Ann showed the house to prospective tenants and was a point of contact with them while the tenants were living in the property.

Under Florida law, separate assets become de facto marital assets, subject to equitable distribution, if the owner uses them as marital property.  Therefore, there was no dispute over the fact that Ann was entitled to part of the rental property’s appreciation in value.  The dispute arose because, when the court awarded the house to Donald, it continued to generate rental income, which the court included in its calculation of Donald’s income for purposes of calculating an alimony award.  The court counted about $1,600 per month from the house toward Donald’s income, but that was merely the amount the tenants paid; Donald did not get to keep all of it.  He spent about $800 per month on the house’s upkeep, meaning that only the remaining $800 should have counted toward his income.  The appeals court agreed to recalculate the alimony award based on this finding.

Reach Out to Us Today

A Boca Raton divorce lawyer can help you resolve disputes over income derived from income-generating assets such as real estate properties that you rent out.  Contact Schwartz | White for help today.