Having an Extramarital Affair Is Not Always Marital Misconduct, but Spending Your Spouse’s Money on Your Affair Partner Is 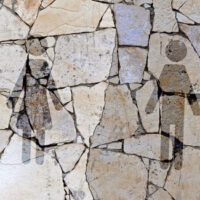 Baby boomers used to call it an open marriage, and millennials call it ethical nonmonogamy.  Not all extramarital relationships are cheating, and even when they are, the fact that your spouse cheated on you does not entitle you to any particular legal remedies.  We live in the era of no-fault divorce, so the court does not have to decide which spouse is at fault for causing the divorce, the way that car insurance companies must decide which driver is at fault for the accident.  Despite this, if one spouse in a doomed marriage intentionally misuses or hides marital funds so that the other spouse cannot have access to them, it is marital misconduct, which can influence the court’s decisions about equitable division of marital property.  To find out if your spouse is a cheating practitioner of marital misconduct or just a plain cheater, contact a South Florida divorce lawyer.

If you have read the local news in South Florida in the past few years, you have probably heard of Burt and Lucille “Lovey” Handelsman, who partitioned their half billion-dollar real estate empire in divorce court after 68 years of marriage.  They were not the only couple who divorced after many decades of marriage and after acquiring several real estate properties in South Florida.  Humberto and Genoveva Diaz married in Cuba in 1967 and settled in Miami shortly thereafter.  Genoveva worked at MCCI Humana until her 2015 retirement, and when they divorced in 2018, Humberto was still working as a mechanic maintaining the shuttles at Miami International Airport.  By the time they separated in 2015, they had a marital home in Hialeah worth about $370,000, plus several investment properties elsewhere in Miami-Dade County.

A contentious issue in their division of property was Humberto’s marital misconduct.  He allowed his mistress to live rent free in one of the parties’ rental properties for more than a year.  He also spent marital funds traveling with her to Mexico and the Caribbean for vacations.  Genoveva also alleged that another financial decision on Humberto’s part counted as marital misconduct.  Namely, Humberto had used marital funds to renovate a real estate property that he had inherited.  Separate property (such as inherited assets) becomes marital property if the owner uses it as marital property, but the reverse is not true.  Humberto appealed the division of property aspect of the divorce judgment.  Genoveva, who was eight years older than Humberto, had died by the time the appeals court issued a ruling; any property she would have received went to her estate.

A Boca Raton divorce lawyer can help you divide your real estate investments in an equitable way if you and your spouse are retired by the time you file for divorce.  Contact Schwartz | White for more information.