How are Retirement Accounts Divided During a Florida Divorce? 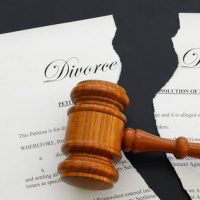 It’s important to point out that Florida is not a community property state, so assets don’t automatically go in a 50/50 split. Florida is an equitable distribution state, which means the courts will use a series of factors to divide up the assets and decide what is fair to each party.

The type of plan can determine options of how the distribution might occur. With defined benefit plans, your ex might be able to choose a lump sum payment, a percentage of the current worth, or they might prefer to collect payment at the time of retirement. With defined contribution accounts, the balance might be multiplied by a portion of vesting and then split between you both.

How Retirement Plans are Divided

If the court determines that a retirement account needs an asset distribution during the divorce, the court will issue a special order called a Qualified Domestic Relations Order (QDRO). This is a special domestic relations order that recognizes a spouse’s right to receive all, or a portion, of the retirement benefits that are payable under the other spouse’s account.

State of Florida government-issued pension plans can present a more complicated scenario. These plans are not bound by the Employee Retirement Income Security Act (ERISA), which is what forms the basis for QDRO.

A military member who is entitled to receive retirement benefits from the military will see that included in the divorce distribution. The Uniformed Services Former Spouse Protection Act is what governs disbursements here. The courts are bound by a specific set of guidelines which order how much and to whom to distribute the retirement benefits.

Protecting Yourself from Tax Penalties

It’s important to handle your retirement accounts very carefully otherwise you might find yourself on the receiving end of hefty tax penalties. Do not just cash out your retirement accounts to settle whatever decree was issued during your divorce. Having a Florida divorce attorney is important because he or she can help get the QDRO, which will help protect you from early withdrawal penalties.

Retaining the right Florida divorce attorney is crucial during a contested divorce where there are significant assets, especially retirement accounts. The experienced Boca Raton based team at Schwartz | White are well-versed in the nuances of asset distribution during a divorce. Contact our office today to schedule a consultation and let us help protect your retirement accounts.