How Biased Does A Judge Have To Be Before You Can Disqualify Them? 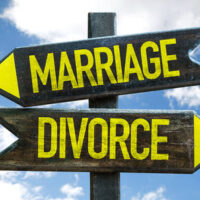 If your divorce case is complicated enough that you have to go before a judge several times, you might leave each hearing feeling hopeful or discouraged based on whether you feel that the judge is on your side.  Of course, judges are not supposed to be on anyone’s side, but it is natural to interpret the judge’s every word and every facial expression as a sign that you were or were not successful in persuading the judge of your version of events.  If the divorce court issued a ruling that was unfavorable to you, you have the right to appeal the decision, and, in the case of alimony and child support decisions, simply to petition the court for a modification of the alimony or child support order.  Disqualifying a judge is only applicable when you have evidence that the judge has a personal bias against you or your lawyer or when the judge’s participation in your case represents a conflict of interest.  A Boca Raton divorce lawyer can help you deal with biased judges and any other complications that affect your divorce case.

Orazio and Ligia got married in Venezuela in 2002 and moved to Florida with their children in 2014.  In 2018, Ligia filed for divorce.  She alleged domestic violence, and a domestic violence case against Orazio was pending in court at the same time as the parties’ divorce case, but the appeals court’s decision gives few details about it.  In 2019, Ligia’s lawyer ended the employee-client relationship, and Ligia hired a different lawyer.  Orazio alleged that the reason Ligia’s lawyer quit was because she was worried about getting in trouble for ethical violations if she continued to represent Ligia.  According to Orazio, Ligia’s domestic violence allegations were fraudulent and her original lawyer knew this.  He claimed that Ligia was only accusing Orazio of domestic violence because, if she did not, she would lose her immigration status if she divorced him.  Ligia had obtained her U visa through Orazio, and it was contingent on her being married to him.

The divorce only got messier once the pandemic began.  Orazio’s lawyer made accusations against the judge during a Zoom meeting (the appeals court’s decision does not go into any detail about the nature of these accusations), and the judge filed a complaint with the Florida Bar Association against Orazio’s lawyer.  Eventually, the appeals court decided to disqualify the judge from any cases that involved Orazio or his lawyer, because there was a pending complaint between the two of them.

Divorce affects more people than just the two parties to the marriage.  A South Florida divorce lawyer can help you if your divorce has gotten so messy that it has caused people other than you and your spouse to become enemies.  Contact Schwartz | White in Boca Raton, Florida about your case.