How Do Courts Determine Alimony When Your Income Is Variable? 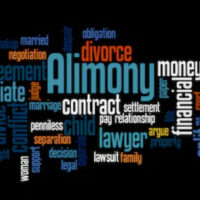 They say that money comes and money goes, but love lasts forever.  Unfortunately, that is not always true in real life.  A lot of times, the marriage falls apart at the same time as the couple’s financial situation does.  It is incredibly painful when the person you thought would be by your side forever jumps ship when you fall on hard times financially, and it only adds insult to injury when your ex requests alimony in amounts that would shield her from the financial hardships that you have been left to endure on your own.  The courts in Florida make every effort to be fair to both parties when determining alimony awards.  They ascertain each party’s necessary expenses and earning potential.  If you lived beyond your means throughout your marriage but had to face reality about your finances when you divorced, then both spouses will probably have to downsize their lifestyles after the divorce.  For example, the court might order you to pay alimony while also ordering your ex-spouse to work, as it calculates the alimony award based on the assumption that your ex will be employed.  If you were formerly a high net worth couple but are now involved in an alimony dispute, contact a South Florida alimony lawyer.

Kenneth and Josephine moved to the United States and settled in Florida with their two children.  Josephine, who held a Ph.D. from her native country of Cameroon, taught part-time at several universities.  Kenneth owned a concierge business in which he helped international visitors who were visiting Florida for investment purposes; he would book flights, hotels, and car rentals for them and sometimes make financial transactions on their behalf.  The parties separated in June 2008, and Josephine stayed in the marital home with the parties’ young adult children.  She also stopped working at that time; she claimed that it was because she was unable to find work.  The children were not U.S. citizens, and their immigration status did not allow them to work in the United States, so they relied on their father for financial support.  After the separation, Kenneth gave Josephine $4,000 per month.

When Josephine filed for divorce in 2010, Kenneth reduced his payments to her to $2,000.  The amount of alimony he should pay was a point of dispute in their divorce case.  Kenneth claimed that Josephine’s expenditures, including laundry service, housekeeping service, and travel, were excessive.  They also disagreed about the amount of Kenneth’s income; he had been borrowing from friends and family to support his family and business in recent years.  He also claimed that he had reduced his payments to Josephine because her expenses had decreased; he had bought her a Porsche in cash, so she no longer needed to make car payments.  Likewise, their daughter had moved out of the family home, so her expenses were not included in Kenneth’s payments to Josephine.  Furthermore, his work often required him to use his personal bank account to make transactions on behalf of clients who did not have U.S. bank accounts; therefore, some of the money in the account did not belong to him.  The court ordered him to pay Josephine $2,700, arguing that she was entitled to maintain a similar lifestyle to what she enjoyed during the marriage.

A Boca Raton alimony lawyer can help you maintain your financial stability during and after divorce.  Contact Schwartz | White for a consultation.