How Do the Courts Impute Income When a Disaster Changed the Couple’s Standard of Living Just Before the Divorce? 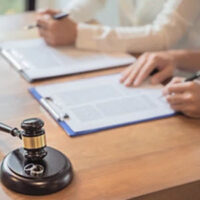 The COVID-19 pandemic seriously messed with a lot of people’s finances. This means that divorces courts all over Florida are currently trying to make decisions about equitable distribution and alimony based on information about the couple’s standard of living before the pandemic. The future is uncertain, and there is plenty of room for disagreement about how much you or your spouse will be able to earn in the foreseeable future and about what your expenses will be. Equitable distribution decisions are not so clear-cut when your marriage falls apart right after, or perhaps even because of, what is known in business law as a force majeure event, such as a war or natural disaster. If you were forced to move because of adverse circumstances, and then your marriage fell apart, a South Florida divorce lawyer can help you persuade the court that your income earning opportunities here are less than they were in your former home.

Did Your Ex Lose His Job Prospects Because of the War, or Did He Waste Marital Funds on His Mistress?

For most of their 25-year marriage, Claude and Hala enjoyed a luxurious lifestyle in Kuwait, where Claude worked for a French company. His annual salary was $72,000, but his employer also provided a housing stipend that enabled the family to live in a three-story townhouse and employ a live-in housekeeper. In 2003, when the Second Gulf War started and the international school that the couple’s children attended closed, Hala and the children moved to Florida. Claude stayed in Kuwait until his employment contract ended in 2005, and then he joined his wife and children in Florida. Hala filed for divorce several months later.

The court ordered Claude to pay $2,000 in child support and $1,000 in child support. When the divorce became final, Claude was earning $35,000 as a car salesman, and Hala was employed as a mail carrier. She testified that the reason her work experience was so limited is that women have fewer opportunities for paid employment in the Middle East than they do in the United States. She also alleged that Claude had concealed some of his assets during the trial, that, during their marriage, he had spent over $300,000 on an affair with a woman named Nina who lived in Belarus.

Claude appealed the award of alimony and child support; he claimed that the court did not make proper findings before deciding on an amount of alimony and child support. The appeals court agreed that Claude had been evasive about his finances during the divorce case, but it remanded the case to the trial court to make more thorough findings about the parties’ financial situation.

A Boca Raton divorce lawyer can help you find a new normal if first a war and then a divorce upended your life. Contact Schwartz | White for help with your case.