How Does the Court Calculate Alimony If Your Income Varies from One Year to the Next? 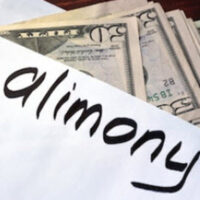 The gig economy is becoming the new normal for an increasing number of Americans.  You might seethe with anger when your tax accountant tells you that you should estimate your income from your 1099 jobs and send the IRS a check each quarter, as if any gig economy worker can afford to do that.  It is even more frustrating when a divorce court determines how much you should be making and assigns your alimony obligations from one year to the next.  In some cases, though, that is the only option.  If you think that the court has attributed an unrealistic amount of income to you and need to modify your alimony agreement to something you can afford, contact a Palm Beach County alimony lawyer.

Imputed income is when a court assigns you a theoretical income and bases the amount of alimony or child support you must pay or receive on that number.  When one spouse is able to work but chooses not to in order to increase the amount of support they receive or to decrease the amount of support they must pay, the courts assign alimony obligations based on the income level they have imputed to the voluntarily unemployed spouse.  Likewise, when one spouse works in a profession where their income varies widely from one year to the next, the imputed income is often an average of the income the spouse earned in the last few years.  Professions where it is necessary to impute income because of the natural variation in earnings from one year to the next include actors, portrait photographers, and many self-employed people.

Details of the Koscher Case

Daniel and Marcie Koscher were married for 30 years and had two children, both of whom had reached adulthood before the parents divorced.  Because of the length of the marriage, during which Marcie had mostly been out of the workforce, the court ordered Daniel to pay permanent alimony.  He was laid off from his job shortly before the divorce, and his income consisted of severance pay from his former employee; the court based his alimony obligations on his severance pay.  Daniel then attempted to start his own business, but three years on, it had yet to become profitable.  Marcie requested an increase in alimony payments, and the court granted her request.  It imputed Daniel’s income at $850,000 per year, based on his last few years working at the job that had laid him off; in his last few years of work there, his annual income had ranged from $450,000 to nearly a million dollars.  The court reasoned that Daniel’s insistence on trying to launch a business that was clearly going nowhere instead of applying for other salaried positions counted as being voluntarily unemployed.

Imputed income is, by nature, hypothetical; if the amount imputed to you is unfair, an alimony can help you modify it.  Contact the Boca Raton alimony lawyers at Schwartz | White about your case.