How Does the Court Determine Alimony When One Spouse Has a Cash Only Business? 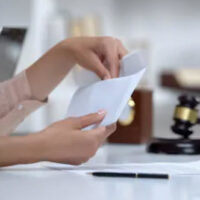 When one spouse is not honest with the other about finances, it often leads to marital conflict.  Although some couples agree to maintain some degree of financial independence from each other, so that they don’t have to argue or negotiate over every penny, it is hard to trust someone who refuses to tell you how much money they earn when it affects your decisions about your family.  The only thing more frustrating than feeling that your spouse is keeping financial secrets from you is thinking that your ex-spouse is being dishonest about their income in order to avoid paying alimony.  If you are going through a divorce and your spouse is being uncooperative about the financial disclosures in the divorce process, contact a South Florida divorce attorney.

Details of the Newman Case

Marybeth and Jon Newman were married from 1995 until 2012; throughout their marriage, Marybeth was a stay-at-home parent, while Jon worked in various businesses related to boating.  After they separated, Marybeth began working as a housekeeper; her annual income from her job was about $20,000.  At the time of the divorce, Jon had a salaried job for about $65,000 per year.  He and several partners also had a side business chartering boats.  Because it was a cash only business, the court’s task of assigning a value to the business, as a marital asset, was challenging.  Jon insisted that the money the business took in was only enough to cover overhead and he made no profit from it.

Marybeth, however, estimated that the business made about $70,000 per year, meaning that Jon’s income was more than double what his tax returns and testimony said it was.  She based this amount on the cash Jon had brought in from the business while they were married.  Before the divorce, he had chartered his boats an average of four day per week, and most clients paid $1,000 per day.  Some high-profile clients, such as the BBC, the Discovery Channel, National Geographic, and the University of Miami, paid up to $3,000 per day for the use of Jon’s boats.

The trial court assessed Jon’s income and expenses on the assumption that $65,000 per year from his salaried job was his only income.  It reasoned that, although Marybeth needed financial support from Jon, he would not have any money left for alimony after meeting his child support obligations.  Marybeth appealed the trial court’s judgment, and the appeals court ruled that the parties should go back to court and make another attempt at discovery regarding Jon’s finances.

Even if you were a homemaker during your marriage and you go back to work after your divorce, you still have the right to ask your former spouse to supplement your income so that you can maintain a standard of living similar to your pre-divorce situation.  Contact the Boca Raton divorce attorneys at Schwartz | White for help today.