How Does The Family Court Resolve Disputes Between Divorced Parents Over Children’s Religious Upbringing? 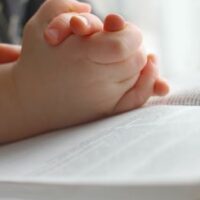 Interfaith families are nothing out of the ordinary in South Florida.  All across Palm Beach, Broward, and Miami-Dade Counties, families are lighting menorahs and decorating Christmas trees on the same night.  Observing one faith tradition with Mom’s side of the family and another with Dad’s side of the family is just a normal part of life for many children, whether their parents are married or divorced.  Despite this, issues relating to children and religion can be a source of conflict even for parents who are committed to their marriage together and whose religious beliefs align with each other.  Even if you and your spouse are both Catholic, you might not agree on how to answer your daughter’s questions about why women cannot be Catholic priests.  Even if you and your spouse are both Jewish, you may disagree about where the line is between an appropriately festive Bar Mitzvah celebration for your son and an excessively ostentatious one.  The court might seem like an unlikely party to intervene in conflicts about religion, given the First Amendment right to freedom of religious practice.  In fact, the court will not intervene unless the behavior of one or both parents is demonstrably harming the children.  If you and your ex-spouse disagree about the aspect of your parenting plan that relates to decisions about the children’s religious upbringing, contact a Boca Raton child custody lawyer.

Can the Court Stop Dad From Preaching His Jehovah’s Witness Beliefs to His Children?

Jennifer and Ian have three children; when they divorced, their oldest son was nine years old.  Jennifer is Catholic, and during the marriage, the children went to Mass with their mother and attended Catholic Sunday school at her church.  After the parties filed for divorce, Ian became a Jehovah’s Witness.  The parties’ parenting plan indicated that Jennifer was to have the final decision about the children’s religious upbringing.  It indicated that Ian was not to say or do anything in the children’s presence that contradicted the Catholic faith.

Jennifer brought the case back to court when the oldest son began to show awareness of the issues on which Catholic teachings and Jehovah’s witness teachings disagree.  The director of the children’s Sunday school testified that, at Sunday school, the oldest son had criticized aspects of Catholic practice, such as priesthood and the use of musical instruments in church services; she testified that the child was “confused” because he was receiving mixed messages from his parents about religion.  The court determined that Jennifer and the witness had failed to establish that Ian’s actions had harmed the child and that it was the parents’ decision how to approach the subject of religion with their children.

A child custody lawyer understands that parenting is not just about money, and neither are disputes between former spouses about parenting.  Contact Schwartz | White in Boca Raton, Florida about your case.