How Far Out of Your Way Do You Have to Go to Meet Your Alimony Obligations When You Fall on Hard Times Financially? 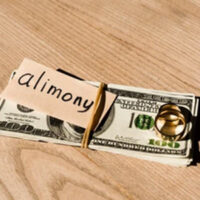 If your spouse used to police every penny you spent, it is no wonder you got divorced.  Many married couples have an unspoken agreement that occasional splurges are okay.  Yes, we’re broke, but we’re both in the mood for Reuben sandwiches, so let’s support the local economy and have some delivered from our favorite deli.  Sure, let’s go to Disney World and charge the theme park entrance tickets on our credit card.  When couples get divorced, courts decide division of property and alimony based on how much money each party has and how much they need, not on how much they think they have and how much they want.  Once the court has ordered you to pay alimony, you must make all your court-ordered alimony payments, no matter how much better fresh bagels from the deli taste compared to the frozen ones from the supermarket or now matter how much you just couldn’t wait to see the newly re-themed Splash Mountain.  If your alimony obligations present a genuine financial burden, though, you have the right to have the court modify them.  The first step is to contact a Palm Beach County alimony lawyer.

If Your Income Decreases After Divorce, Your Ex Might Need to Scale Back Her Lifestyle, Too

When Gary and Terrie divorced in 2005, the court ordered him to pay her $5,000 per month in permanent alimony.  Gary was earning about $125,000 per year at a chemical company when the couple’s divorce became final, as he had for much of the marriage.  After the divorce, Terrie earned about $1,000 per month as a bookkeeper.  In 2009, Gary’s employer laid him off; his severance package included a year’s worth of income.  By the end of the severance period, Gary had found a new job, but it paid only about half of what his old job paid, and he was paying out of pocket for some of the medications he needed to manage his heart condition, as these were not covered by insurance.

Gary filed a motion to reduce his alimony obligations, since $5,000 was more than his monthly net income.  The judge scolded him for not setting aside money for alimony during the severance period, since it was a recurring expense and not a surprise.  The trial court reduced his obligation to $3,500 per month, but even this amounted to more than 80 percent of his take-home pay.  Terrie testified before the appeals court that $3,500 plus her income from her job was not enough to cover her expenses.  She admitted that she had been living beyond her means since the divorce, that the condo and furniture she had bought were beyond her budget.  The appeals court remanded the case to the trial court to work out a fair alimony amount.

A Boca Raton divorce lawyer can help you modify your alimony obligations if your income has decreased since your divorce became final.  Contact Schwartz | White for help with your case.