How Much Do You Have To Downsize Your Spending After A Divorce? 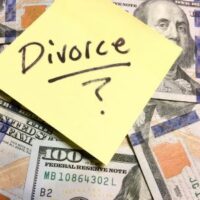 Resentment about money is common in married couples, but it is even more common to blame your ex-spouse for your financial troubles during and after a divorce.  Once your divorce becomes final, you will be on your way to freedom from your ex-spouse’s expensive tastes or irresponsible spending habits, but it doesn’t happen overnight.  Even if you do not fall into the trap of trying to punish your spouse financially during your divorce, most divorces leave both spouses poorer than they were when they were a couple, even though the court aims to keep both parties at a similar standard of living to what they enjoyed during their marriage.  Part of this is because married people, even unhappily married people, are free to live beyond their means, but once they get divorced, the court cannot award them assets that they don’t have.  Even if the court awards you alimony for a while, divorce usually means starting over financially.  A Boca Raton divorce lawyer can help you envision a new normal where you can live within your means, where your ex-spouse is neither a meal ticket nor a major drain on your finances.

Dividing Household Expenses When One Spouse Remains in the Marital Home

If you and your spouse cannot agree on how to divide your marital property, the court will have to decide, based on both parties’ disclosures about their income, assets, debts, and expenses.  When couples have minor children, the court usually orders the parent with the majority of the parenting time to remain in the marital home if the couple can possibly afford it; this way, the children do not need to change schools or prepare for a move.  The court takes mortgage payments on the former marital home (the children’s home) into account when calculating child support.  If the court has awarded you durational or rehabilitative alimony, you have a few years to get your finances in order to be able to afford to stay in the marital home long-term.

Selling the Marital Home During a Divorce

Whether or not the couple has minor children, sometimes selling the marital home is the only way the court can divide the marital property.  This means that you can use your share of the proceeds from the sale to buy a different house, probably a smaller and less expensive one than the house you shared with your ex-spouse.  You might even decide that, as a blissfully single person, you are finished with householding and just want to rent a room and own only as many possessions as will fit in your car.  Vacating the marital home is a great opportunity to declutter and get rid of the stuff you will not need as a newly single person.

A South Florida family law attorney can help you with the most annoying aspects of divorce, such as selling the marital home and dividing the proceeds.  Contact Schwartz | White in Boca Raton, Florida about your case.