How Non-Marital Assets Affect Your Divorce 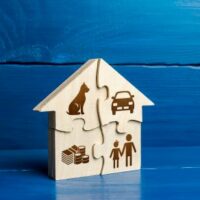 Divorce Monday, the first business Monday of the year, is less than two months away, so lots of unhappily married people have been researching the divorce process in Florida.  If you are one of them, you have probably found out that, in accordance with Florida’s equitable distribution laws, the court divides marital property in the fairest possible way according to each couple’s circumstances, but that you get to keep your separate property.  The law defines separate property as assets you owned before the marriage or that you gained through inheritance or a settlement or judgment in a personal injury lawsuit.  Of course, separate assets only remain non-marital if you do not use them in ways that relate to your marriage.  If you keep the money you inherited from your mother in a bank account held only in your name, it remains a separate asset, but if you deposit the money in you and your spouse’s joint account, it becomes marital.  Likewise, if you use the inherited money to buy a house that you and your spouse live in together, the house is a marital asset.  These are just a few simple ways that separate assets can become marital; it can become more complicated.  Even if your separate assets stay separate, their value plays a role in determining the equitable distribution of marital assets and any decisions about spousal support.  If you and your ex-spouse disagree about the value of your separate assets, contact a Palm Beach County divorce lawyer.

When Rodney and Darla married in 2007, he was doing well financially.  His engineering business, which he had established 12 years before he married Darla, was profitable.  He had bought a house 15 years before the parties married, and by the time of the marriage, only $27,000 remained to be paid on the mortgage.  For the first three years of the marriage, things continued to go well.  The parties bought a second house as a rental property, and Rodney’s business continued to thrive.  The trouble started in 2010, when the net revenues of Rodney’s business began to decrease.  In 2013, the year that Darla filed for divorce, the business finished the year with a net loss.

A Boca Raton divorce lawyer can help you resolve disputes over income from a business that you and your ex-spouse operated together, even if only one spouse owned the business before the marriage.  Contact Schwartz | White for more information.