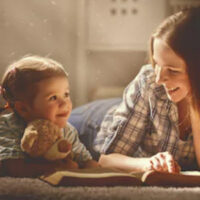 As assisted reproductive technologies become more reliable and more widespread, the definition of the phrase “biological parent” is changing.  If a child is conceived from one woman’s egg but gestated in another woman’s uterus, which one is the biological mother?  In short, it depends.  In some cases, one woman is the mother, and the other is an egg donor.  In other cases, one woman is the mother, while the other is a gestational surrogate.  Doctors are even experimenting with a form of in vitro fertilization in which the embryo transferred into the uterus contains the nucleus of one woman’s egg cell and the other components of another woman’s egg cell.  These matters of biology have limited relevance when determining who are the legal parents of a child.  In short, it is possible under Florida law for a child to have two mothers, but whether the law recognizes you as your child’s mother has nothing to do with biology and everything to do with legal formalities.  A South Florida family law attorney can help your relationship to your child gain legal recognition.

Details of the Springer Case

Even though Nicole and Christy Springer had the same last name, they were never legally married.  Their relationship began when they were living in Ohio, and they decided to have a child together.  Nicole became pregnant by intrauterine insemination using donor sperm; Christy paid for the fertility treatments.  In June 2014, shortly before the child’s birth, Nicole and Christy signed a co-parenting agreement; they had found a sample of such an agreement online.  In the agreement, they promised to share responsibility for the child “jointly and equally.”

Christy and Nicole moved to Florida with the child in 2015.  When they separated, Christy requested that the court grant her parenting time with the child.  The court refused her request on the grounds that she was not the child’s parent.  It gave the following reasons:

As for the co-parenting agreement, the law does not recognize contractual agreements about children who have yet to be born.  For example, you cannot include provisions in a prenuptial agreement about how many children you will have or what kind of religious education you will give them.

Even if you are sure that your same-sex relationship will last forever, you should legally adopt your children so that the law will recognize you as their parent.  Contact the Boca Raton divorce lawyers at Schwartz | White for help with your case.