If You Financially Support Your Adult Children, How Will It Affect the Division of Property in a Divorce? 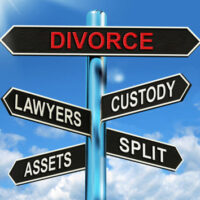 Nothing says “Till death do us part” like sitting next to your spouse and watching your baby walk across a stage in a graduation cap and gown. Sometimes the marital conflicts over how best to take care of your children after they grow up can be as divisive as the sleep-deprived battles over whether the baby is crying because he is too hot or because he is too cold. When a couple whose adult children rely on them for financial support get a divorce, there is no unified set of guidelines for the court to follow in determining each parent’s obligation. This stands in contrast to cases where the children are minors, where courts and parents everywhere agree that the parents have a responsibility to support their children until they reach adulthood. If your financial support of your adult children is a complicating factor in your divorce, a South Florida divorce lawyer can help you.

When Parents Borrow to Help Support Their Children

The price of a university education has gotten so high that, not only do young people take out loans to pay for college, and not only do parents spend their adult lives trying to save for their children’s education, but sometimes the parents even have to take out additional loans to help their children pay for college and other expenses associated with getting established in adulthood. This was a major issue in the divorce of Matthew Wayne and Susan Einspar. While they were married, they had taken out separate loans to help their son pay for their college and car. Since each loan was in only one spouse’s name, the court considered them separate property when dividing the couple’s assets. On appeal, though, the court decided to reclassify the loans as marital property.

When Parents Help a Grown Son or Daughter Through a Crisis

You will always be there for your children when they need you, and how much you spend toward this end is often known only to your closest family members. For a New Jersey couple named Bonnie and Biagio, though, a court had to decide. After they divorced, Bonnie received permanent alimony, which Biagio wanted to reduce, claiming that Bonnie’s spending was excessive. Bonnie successfully argued, though, that her expenditures were necessary. Their minor grandson lived with her, and she supported him, as well as paying for their daughter’s drug treatment. Thus, the court counted the money that Bonnie spent on her daughter’s treatment and her grandson’s expenses when determining her financial need, and it ordered Biagio to continue paying permanent alimony as originally specified in their divorce decree.

Even though your children have reached legal majority, your financial relationship to them can be a point of contention when it comes to division of property in a divorce. Contact the Boca Raton divorce attorneys at Schwartz | White about your case.