If You Retired Early At Your Spouse’s Urging, Do You Get Alimony Or Return To The Workforce? 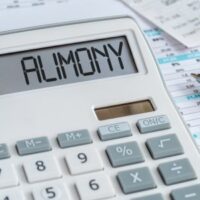 If the financially disadvantaged spouse is not working at the time of the divorce, the court may impute income to him or her when deciding how much alimony, if any, to award.    The court can also impute income to the wealthier spouse, who would need to pay alimony, if the financially disadvantaged spouse can prove that the wealthier spouse is voluntarily underemployed.  Imputed income is the amount of money a voluntarily unemployed spouse could earn if they returned to the workforce; since it is a hypothetical amount, there is plenty of room for disagreement about the amount.  If you are involved in a dispute with your ex-spouse over imputation of income, contact a Boca Raton alimony lawyer.

When Divorce Forces You Out of an Early Retirement

When Arthur and Lisa married, they were both in their 40s.  Arthur held a high-level position at an electric company in Maine, while Lisa owned a marketing consulting firm in Massachusetts.  When they married, she closed her business and moved to Maine to live with Arthur.  She opened a similar business in Maine several years later.  In 2000, Arthur was laid off from his job, but the severance package he received was sufficient that he and Lisa could both afford to retire, even though they were both in their 50s.  Arthur told Lisa that she would never have to work again.  Lisa closed her business in Massachusetts, and the parties moved to Vero Beach.  About a year later, Arthur began doing consulting work, but Lisa did not reenter the workforce.

When the parties divorced in 2012, a major point of contention was Lisa’s employability; she was 59 years old and had been out of the workforce for eight years, with no plans to return.  She held a bachelor’s degree in history and a master’s degree in urban planning.  Arthur presented the testimony of a vocational expert, who testified that, given Lisa’s education and employment history, she was capable of earning between $40,000 and $50,000 per year.  According to the expert, jobs were available to Lisa in both Florida and Maine; she could work in social services, public relations, or fundraising for nonprofit organizations and would not need any additional training to get started in these jobs.

The court imputed income to Lisa, and she filed an appeal, citing Arthur’s promise that she would never need to work again.  Arthur claimed that the promise was only good for as long as the marriage lasted.  The appeals court upheld the trial court’s decision to impute income to Lisa and to base its equitable distribution award on the imputation of income.

Reach Out to Us for Help

A divorce lawyer can help you if the divorce court is trying to drag you out of retirement by imputing income to you that your much younger self used to earn.  Contact Schwartz | White for help today.