Is A Disabled Spouse With Non-Employment Income Streams Entitled To Permanent Alimony? 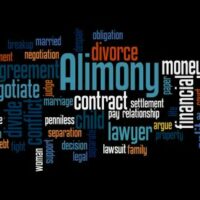 The court has the option to award permanent alimony to a spouse who cannot return to the workforce after the divorce, because of the financially disadvantaged spouse’s age or disability.  To persuade the court that you are entitled to alimony, you must present evidence that you cannot cover your expenses without financial support from your ex-spouse; you must also show that your ex-spouse has the ability to pay the amount of alimony that you are requesting.  The court will consider each party’s reasonable expenses, which means that one or both spouses may need to downgrade their lifestyle.  The court also considers each party’s separate assets and income, whether it is from employment or from any other source.  If you are retired or otherwise not earning an income from work, a Boca Raton alimony lawyer can help you resolve disputes about alimony or equitable distribution.

Man Requests Permanent Alimony From Ex-Wife, Whose Net Worth Is Half of His

When James and Angela divorced, he was 63 and she was 55.  Angela worked at a bank, earning more than $600,000 per year; James owned a landscaping business until he was forced to retire early due to multiple work injuries, including a broken back.  At the time of the divorce petition, James was receiving $1,535 per month in Social Security Disability income for himself, plus $750.00 per month for the parties’ minor daughter.

These numbers do not tell the whole story, though.  James also owned non-marital assets valued at nearly one million dollars.  He owned two houses in Florida and one in North Carolina, plus four vacant lots in North Carolina; he also had money in interest-bearing accounts.  Despite this, James requested permanent alimony at his divorce trial.  The court denied his request, since his income, including disability benefits and income he could earn from his assets, was sufficient fir him to enjoy a standard of living similar to what he enjoyed during the parties’ marriage.

The appeals court affirmed the decision not to award alimony to James.  Angela earned a high income from her employment, but her net worth was only about half of her former husband’s.  The court imputed income to James based on his non-marital assets.  He could have earned money from renting out the houses he was not occupying or by selling the vacant lots and investing the money from the sale in rental houses or in interest-bearing savings accounts.  He would be able to get enough money by exercising only one of these options, not both; this means that he had plenty of ways to remain financially secure without his ex-wife’s help.

A divorce lawyer can help you if your millionaire former spouse is trying to persuade the court that alimony payments from you are the only thing that can keep them out of poverty.  Contact Schwartz | White for help today.