Is Florida The Right Place To Resolve Your Child Support Dispute? 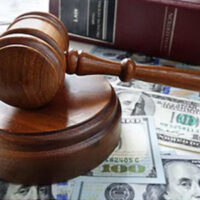 Courts can only issue rulings on legal disputes when the court has jurisdiction over the case, in other words, when it has decision-making authority with regard to the people and places involved in the dispute.  When one party moves to Florida after a divorce, the couple might ask the Florida courts to domesticate a child support order issued in another state.  Likewise, if a court in another state or another country ordered someone to pay money to their ex-spouse as alimony or equitable distribution of marital assets, they might have to go back to court to get the Florida courts to enforce the order.  There might also be disputes over jurisdiction if the spouses lived in two different states for an extended period before one of them filed for divorce.  A South Florida child support lawyer can help you decide whether the Florida family courts are the right place to resolve your child support dispute.

Vitaliy and Svetlana were living in New York in 2015 when their daughter was born; the court decision does not say where they lived at the time of their wedding.  In 2018, the couple separated, and Svetlana and the child moved to Samara, a city in Russia near the border with Kazakhstan.  In early 2019, a process server texted Vitaliy to notify him that they were trying to serve him with divorce papers.  To avoid being served with the papers, Vitaliy moved to Broward County, Florida the day after he received the text message.  Several months later, the court in Russia issued a divorce judgment; it ordered Vitaliy to pay child support but it did not give any details about it.

In 2020, Svetlana petitioned the court in Florida to enforce the child support order.  Vitaliy argued that Florida was not the proper forum for the dispute, because the child had never lived in Florida.  Svetlana claimed that, by making this argument, Vitaliy was arguing against his own self-interest, because if the Russian courts retained jurisdiction, he would have to travel back and forth between Russia and Florida at his own expense.  Eventually, the appeals court determined that Russia was a more appropriate place to resolve the dispute, since it was where the child had been residing for the past three years.  This was also good news for Vitaliy, because it enabled him to petition for visitation with the child, a matter which the original divorce judgment had not addressed.

If you fear big child support bills, running away from the problem is not the solution.  Instead, you should contact a child support lawyer who will stand up for your rights as a parent.

A Boca Raton child support lawyer can help you if your spouse moved out of the country after you separated.  Contact Schwartz | White for more information.