Is It Fair to Make Former Spouses Pay Permanent Alimony? 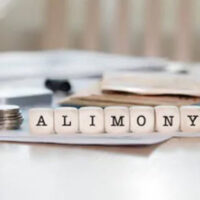 Of all the bills that show up in your mailbox or email inbox, which one ruins your mood the most?  Is it the bill from the emergency room visit where you found out two things: first, it was just a bad cold, and second, your high deductible hurts more than you expected it would?  Is it your credit card bill, reminding of that time that you took a Tinder date to Joe’s Stone Crab even though you were broke, and your date was a gold digger?  Is it your mortgage, where the outstanding principal amount seems to be getting smaller at a painfully slow pace?  As much as it may feel like these bills take forever to disappear, at least they are finite.  You might have to pay an excessive amount for your mistakes, such as not waiting until the doctor’s office reopened, misadventures in online dating, or deciding to buy a house in South Florida, but at least you will be free from them one day.  Permanent alimony can be an albatross around your neck forever.  Even your taxes pay for enjoyable and useful things like public parks.  Why should you spend the rest of your life paying for the mistake of marrying your work-averse ex?  While the debate over whether permanent alimony is unfair on principle, a South Florida alimony lawyer can help you persuade a court that it is unfair in your case.

The Debate Over Permanent Alimony

In the old days, almost all alimony was permanent.  Couples could not divorce unless one spouse could prove that the other had done something unforgivable, such as adultery.  Furthermore, most women had no opportunity to pursue professions where they could earn enough to support a family.  Maintaining a marriage by being faithful and trustworthy and taking on the burden of childcare and household chores meant that the wife was holding up her end of the bargain, and financially supporting the wife and children, in addition to being faithful and trustworthy, meant that the husband was upholding his.

Some would argue that, now that so many women are in the workforce, and some out-earn their husbands, permanent alimony is no longer necessary.  In fact, courts deem it inappropriate in most cases.  Despite the advances in education and workforce participation, more than 90 percent of alimony recipients today are women.  The courts assume that most women are capable of working and that, when a woman stays out of the workforce when her children have outgrown the infant stage, it is a mutual decision by both spouses.

Therefore, the typical recipient of permanent alimony spent most of her marriage as a stay-at-home mother; the courts usually do not even consider permanent alimony an option unless the parties were married more than 17 years.  The ex-wife may reenter the workforce after her divorce, but her earning potential is limited because of her age and limited work experience, so her ex-husband must supplement her income.  In some cases, the recipient cannot work because of a disability.  There is, of course, a gray area.  For example, Mark Flood, a Florida doctor, has been locked in a divorce battle with his estranged wife Blake Taylor for many years; they disagree over whether her chronic illness renders her unable to work and therefore eligible for permanent alimony.  Pro- and anti-alimony groups have spoken out on social media in support of one or the other spouse.

Is yours one of the cases where permanent alimony would be appropriate?  Contact the Boca Raton alimony lawyers at Schwartz | White about your case.