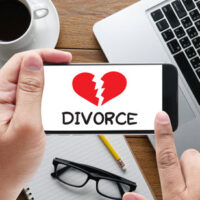 Some divorce cases and post-divorce disputes hinge on whether the courts in Florida have the authority to decide the case, since the parties are not full-time residents of Florida.  For example, can you get divorced in Florida if both parties are enrolled in universities in Florida and entered the United States with student visas?  What about if one spouse has a non-immigrant work visa and the other entered the country as the spouse of a non-immigrant work visa holder?  What happens if the parties are U.S. citizens or permanent residents, but they maintain residences in more than one state?  The same problem can arise with probate cases, if the decedent only lived in Florida temporarily or else only spent the winters in Florida.  The legal term for this issue is domicile, which means a person’s legal home.  If disputes over legal domicile are an issue in your divorce case, contact a South Florida divorce lawyer.

Florida Law Will Protect Anyone from Domestic Violence, but Florida Divorce Is Only for Residents

Thomas and Daniela lived in Germany, but they married in Florida in 2002 while they were here on vacation after they signed a prenuptial agreement in Germany. They continued to reside in Germany before and after their daughter was born, but their marriage was plagued by domestic violence.  In the summer of 2009, Daniela brought their daughter to Boca Raton and enrolled her in school in Palm Beach County; they entered the U.S. on tourist visas.  Thomas continued to support them financially while they were in Florida.  Daniela and the child returned to Germany for winter break, but came back to Florida so the child could go back to school in January.  Thomas visited his wife and daughter in Florida in October 2009 and March 2010, but by the time he went back to Germany at the end of March, it was obvious that the relationship was beyond repair.  Daniela would later testify that she feared for her safety in Thomas’ presence, and the child’s psychologist would testify that the child feared her father.

Thomas filed for divorce in Germany in July 2010.  Meanwhile, Thomas and Daniela agreed that Thomas would come to Florida in August to take the child on vacation to the Bahamas.  When Thomas arrived at the airport, Daniela served him with divorce papers; she also filed an injunction for protection against domestic violence.  Thomas moved to dismiss the divorce petition and the injunction, since the parties were not Florida residents.  Although Daniela was considering a permanent move to Florida, she had not taken any steps toward that goal, such as by applying for an adjustment of status.  The court agreed to dismiss the divorce petition, but it upheld the domestic violence injunction.