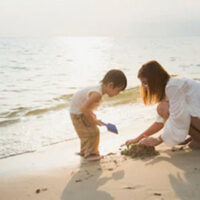 With very few exceptions, your doctors cannot share information about your health or treatment with anyone without your permission.  The health of each parent is one of many factors influencing parenting plans, but millions of Americans, divorced and otherwise, suffer from chronic illnesses, and the court does not use this as an excuse to take their children away.  The court cannot discriminate against a parent because of a disability or health condition.  The only time your ex can use your mental illness as a reason to change your parenting plan is if you suffer a “calamitous event” such as a suicide attempt or hospitalization.  If you and your spouse disagree about which parenting responsibilities you are healthy enough to handle (for example, if you have been hospitalized for mental illness in the past, but you have been feeling better since you started taking your current medication), the solution is to have an independent psychiatric examination.

In 2007, Kristin and Daniel Koch were involved in a child custody dispute following their divorce.  Kristin is a recovering alcoholic, and Daniel wanted to use her medical records as evidence as to why she should have less parenting time.  Daniel tried to obtain records from psychiatrists and mental health counselors who had treated Kristin, but she objected, citing her right to medical privacy.  The court ruled that Daniel did not have the right to get access to Kristin’s medical records.  Instead, it declared that, if Daniel wanted information about Kristin’s mental health to be part of the court’s records in the custody case, he should ask the court to order an independent examination, to be conducted by a physician chosen or approved by the court.

Your ex-spouse cannot use your own medical history as a weapon against you.  A Boca Raton child custody lawyer can help you stand up for your right to medical privacy.  Contact Schwartz | White for help today.