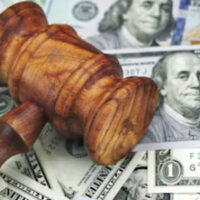 Few things are as disruptive to a person’s finances as divorce.  Equitable distribution of marital assets and liabilities is not simple when the value of the assets and liabilities has changed substantially between the time the parties filed for divorce and when the court entered its final judgment dissolving the marriage.  It can be bad when the court awards marital debts to you, because then you are responsible for paying them; there is a reason that recently divorced people account for such a large percentage of bankruptcy filings.  Of course, it can also be bad when the court awards marital debts to your ex, because that lowers your ex-spouse’s net worth and increases the amount of child support debt that you must pay.  Given that debts get smaller when you make payments on them and bigger when you don’t, due to interest and late fees, there is plenty of room for former spouses to disagree about marital debts.  A Palm Beach County divorce lawyer can help you resolve disputes about debt obligations left over from your marriage.

Tim and Karen were married for eleven years, and their divorce case took an additional three years.  When they separated, they owned two cars, two motorcycles, and two boats, and they owed money on the loans for all of them.  The parties submitted financial affidavits in 2005 and then again in 2008, which is nothing out of the ordinary for a protracted divorce case.  It is not even that unusual that the court based its equitable distribution decision on the valuation of different assets and different dates, but the trouble is that it did not explain why it chose which valuation date for which asset.  It also valued Tim’s ownership interest in a business at $239,000, which was its value in 2003, even though, by the time the parties’ divorce became final, its value was zero.

The overall problem is that the court took the attitude that the assets Karen got to keep had a low value and her debts had a high value, whereas it acted as though the assets Time had to keep were valuable.  For example, the final judgment claimed that the couple’s airboat was in Tim’s possession, when, in fact, Tim had sold the boat while the divorce was in progress.  He had used the proceeds of the sale to pay off the loan on the boat and to pay down some other marital debts.  When Tim appealed the equitable distribution scheme in the divorce judgment, the court remanded the case to the trial court to make more accurate findings about the couple’s finances.

The only thing worse than debt is debt and divorce.  A Boca Raton divorce lawyer can help you leave your marriage without a debt burden that is heavier than you can handle.  Contact Schwartz | White for more help.