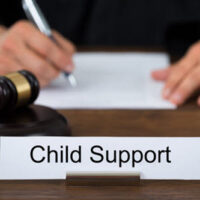 The Florida child support guidelines require the court to make detailed findings about both parents’ income, assets, and expenses, as well as about how likely the parents’ financial circumstances are to change before the children reach adulthood.  Parents have the right to petition the court if one parent’s financial circumstances change, making the child support arrangement impractical.  For example, you can argue that, because of a reduction in your income, you can no longer afford to pay such a high amount.  You can also argue that, since your ex-spouse got a raise at work, she no longer needs as much money from you to meet the children’s needs during her parenting time.  Likewise, you can argue that, since your children are in high school and busy with extracurricular activities, they only spend one weekend per month with your ex instead of every other weekend, he should increase his child support payments to reflect your increased parenting time.  A Palm Beach County child support lawyer can help you make the appropriate modifications.

When Dad Sells His Business and Mom Gets Her Dream Job, What Happens to Child Support?

David and Collette are both lawyers, although she stayed out of the workforce when the couple’s three children were small.  During their divorce, the parties signed a marital settlement agreement that included detailed provisions about child support and the circumstances that would require the parties to revisit their child support arrangement.  A notable feature of their case is the reasons they have to be thankful; they were able to follow their parenting plan whereby they shared parenting time equally, which is no small feat with school-aged children, and the family was always financially secure, with the children attending private schools.  After the divorce, Collette returned to the legal profession.  David also sold his share of ownership in his law firm and invested the money, rather than getting a job with another law firm or opening up his own practice.  (The appeals court’s decision does not specify his age and does not describe him as “retired.”)

David petitioned the court to reduce his child support obligations.  The judges of the appeals court disagreed with each other on whether such a modification was appropriate.  One judge argued that the change in David’s income was sufficiently involuntary and permanent that it warranted a modification, but the judge did not explain what they meant by that.  Another judge issued a dissenting opinion, arguing that David’s annual income at the time of the appeal was still over $200,000, and that the child support obligations represented less than 20 percent of his income.

Child support should enable children to live at the same standard as they lived during the marriage.  A Boca Raton child support lawyer can help you modify your child support obligations, even when you and your children are not destitute.  Contact Schwartz | White for a consultation.