On Divorcing Your Spouse For The Second Time 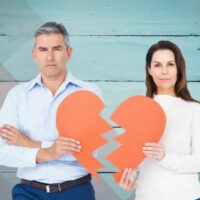 Every millennial knows about Eminem’s love-hate relationship with his ex-wife Kim, but not all of them know that they were married to each other twice.  Their two-decade romance included two brief periods of marriage, once from 1999 until 2001 and then again from 2006 until 2007.  For that matter, NeNe Leakes married her husband Gregg twice, once from 1997 until 2011 and again from 2013 until his death in 2021.  The divorce court would look at these two situations differently.  It would not be reasonable to consider Eminem and Kim’s marriage as lasting eight years, since the separation between the two marriages is longer than the length of both marriages combined.  NeNe and Gregg’s divorce, however, looks more like a minor blip in a lifelong romance.  Plenty of long-married couples temporarily separate or even file for divorce before reconciling; the only difference in NeNe and Gregg’s case is that a judge issued a divorce judgment before they got back together.  If you are divorcing your spouse for the second time and are requesting alimony, contact a Boca Raton alimony lawyer.

How Is Alimony Calculated If You and Your Spouse Took a Break From Marriage?

Thomas and Malee got married in Alabama in 2000.  Early in the marriage, Malee’s employment income was the main source of financial support for the family while Thomas was in veterinary school.  After he graduated, the family moved to Florida, and Thomas opened a veterinary clinic where Malee also worked.  By 2009, the couple had three children, and their animal hospital was a success, but their marriage was riddled with conflict.  They divorced, but quickly reconciled, remarrying each other in 2010.  In 2018, Malee filed for divorce again, citing Thomas’s extramarital affairs and excessive spending as reasons.

Malee requested alimony, since Thomas’s income was much higher than hers, but the parties disagreed on how to count the income.  The financially disadvantaged spouse is only eligible for permanent alimony if the couple was married for at least 17 years.  Otherwise, the financially disadvantaged spouse can receive alimony for a period of time that does not exceed the length of the marriage.  Malee argued that the court should consider both of the couple’s marriages, which added up to 17 years.  Thomas argued that the court should count only the second marriage, which lasted eight years; this would mean that he would only have to pay alimony to Malee for eight years.  In the end, the appeals court agreed with Malee’s interpretation, since it would be most equitable; she and Thomas had built up marital assets together for 18 years, with only a brief hiatus.  One judge dissented, however, arguing that only one case in Florida caselaw had adopted the interpretation that the appeals court was following.

Contact Schwartz | White About Divorce After an Off-Again, On-Again Marriage

A South Florida divorce lawyer can help you divide your marital property if you and your spouse married each other twice.  Contact Schwartz | White in Boca Raton, Florida about your case.