Permanent Alimony For People Who Are Picky About Jobs? 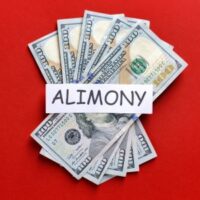 Advice columnists and estate planning lawyers alike know the familiar lament of the family member of someone who is holding out for their dream job.  The unrealistic job seeker may have received multiple job offers but turned them down because of a quibble, such as not wanting to commute during rush hour or the manager being too much of a square.  They might also have unrealistic salary expectations, for example, expecting to earn six figures as a recent college graduate.  Advice columnists might remind you that you can’t change other people but you can refuse to support them financially, and estate planning lawyers might tell you that the likes of your work-averse offspring are the reason that trust funds exist.  When your ex-spouse refuses to work until their dream job comes along, though, the court will not require you to subsidize your ex’s endless loafing.  In situations like this, the court will impute alimony to your ex.  If you have been ordered to pay permanent alimony to an ex-spouse who does not work despite being able to, a Boca Raton divorce lawyer can help you persuade the court to impute income to your ex.

When Jay and Sharon divorced after 17 years of marriage, the court ordered Jay to pay permanent alimony in the amount of $2,500 per month.  At the time of the divorce, Jay earned $5,800 per month, but Sharon had been out of the workforce for almost a decade.  She had last worked in 2001, when she was self-employed as a photographer; her income from the photography business was $80 per hour.  While the divorce was pending, she supported herself by spending the couple’s savings and taking a $30,000 advance on their credit card.  She applied for several sales jobs, but she either did not receive any offers, or if she received offers, she did not accept them.

Jay appealed the trial court’s decision to award $2,500 per month to Sharon for as long as both parties were still living.  He did not deny that she was entitled to permanent alimony, but he objected to the amount, and he requested that the court impute income to Sharon.  To support his argument, he cited the testimony that Sharon had given during the divorce trial, namely that she was unwilling to work for $10 per hour.  He interpreted this to mean that Sharon’s lack of employment was due, at least in part, for her refusal to apply for some jobs that might hire her.  The appeals court reversed this aspect of the trial court’s decision and remanded the case for the trial court to determine a new alimony amount.

A divorce lawyer can help you modify the amount of alimony you must pay, even if paying permanent alimony is virtually inevitable.  Contact Schwartz | White in Boca Raton, Florida about your case.