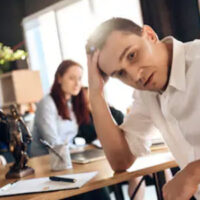 When the court finalizes a couple’s divorce, it issues a permanent parenting plan, but this plan is not as permanent as it may seem.  At most, it will only remain valid until the children reach adulthood; adults are free to spend as much or as little time as they choose with either parent.  Likewise, the parties may agree to modify the parenting plan if there is a major change in circumstances, such as the child reaching school age or one of the parents relocating for work.  Modifying a parenting plan simply because you think that your children will be better off spending more time with you than with your ex-spouse, however, is much more of a challenge.  Being wealthier than your ex is not, in and of itself, a compelling reason, and neither is the fact that your ex is not a perfect parent.  Your chances of persuading the court to modify your parenting plan to spend more days per year with you are better if you work with a Palm Beach County child custody lawyer.

When Young Parents Grow Up

Matthew and Cynthia were young when they married in Oklahoma; he was 25 and she was 17.  Matthew was in the Air Force when they married.  They divorced in 2010, when their son was of preschool age.  In the eight years following their divorce, Matthew retired from the Air Force and settled in Florida.  During that same time, Cynthia moved nine times, at least once per year and enrolled the child in five different elementary schools.  The court decision did not specify whether all of Cynthia’s addresses after the divorce were in California.

When the child was 11 years old, Matthew petitioned the court to change the parenting plan so that the child spent the majority of his time with Matthew.  He argued that he could provide stability for the child that Cynthia could not provide.  He also alleged that Cynthia did not properly attend to the child’s medical and educational needs.

The court appointed a guardian ad litem, a volunteer who acts as a representative of the child’s best interests, independently of the parent.  The guardian ad litem determined that it was in the child’s best interest to allow the child’s mental health counselor to testify, but that the counselor’s testimony should not sway the court’s decision, because the counselor was obviously biased toward Cynthia.  Despite all of this, the court determined that the parties’ change in circumstances was not sufficient to warrant a modification of the parenting plan.  Therefore, the child continued to spend the majority of the time with Cynthia.

Reach Out to Our Office Today

A Boca Raton child custody lawyer can help you modify your parenting plan if you are in a better position to provide stability for your child than you were when you and your ex-spouse divorced.  Contact Schwartz | White for a consultation.