Reject Your Spouse’s Settlement Offer At Your Own Risk 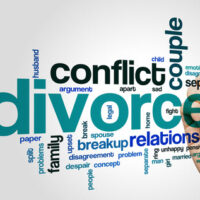 Only a small percentage of divorces are so simple that the parties can go from initially deciding to file for divorce to becoming legally single again without either party hiring a lawyer. An equally small percentage get so complicated that they need to go to trial so that a judge can decide on the fairest way to divide their marital property. Most divorce cases end with the parties, usually with the help of their lawyers, reaching an agreement about distribution of marital property and, if they have minor children, about parenting time and child support. You might see personal injury lawyers boasting on television that they will not accept settlements and will keep pushing in their negotiations until they get you the maximum amount of money that the law allows. (They are probably bluffing; personal injury trials are expensive and stressful, and more than 95 percent of cases settle without a trial.) If a family law attorney tells you to keep fighting after your spouse offers you a reasonable settlement, they are not acting in your interest. Your South Florida divorce lawyer will help you resolve the points of dispute in your divorce with as little conflict and expense as possible and will only go to trial if there is no other option.

Jeffrey and Jamilette were married for seven years, during which time Jeffrey’s income was about $500,000 per year, and Jamilette did not have paid employment. The parties filed for divorce in August 2009, and for purposes of determining equitable distribution, they submitted disclosures about their marital and separate assets. (The law requires that couples do this as one of the first steps after filing for divorce.)

In November 2009, Jeffrey’s lawyer made an offer for a marital settlement agreement. This offer did not include an offshore bank account in Jeffrey’s name; therefore, it undervalued the couple’s assets. The lawyer reasoned that, if the parties counted the offshore bank account, both parties would be responsible for its tax obligations. This offer would have awarded $95,000 of the marital property to Jamilette. This offer included one year of alimony payments to Jamilette, namely $12,000 per month.

Jamilette then made an offer that would leave her with $230,000 in marital assets and Jeffrey with $360,000. Under this proposal, Jamilette would get $150,000 in lump sum alimony and then $8,500 per month for three years. Jeffrey made a counter-offer that gave Jamilette $239,000 in marital assets; this offer let her choose between lump sum alimony, which would be $200,000, or two years of monthly alimony payments of $13,000, which would add up to even more. Jamilette rejected that offer and insisted on going to trial, largely because she wanted Jeffrey to cover more of her attorney’s fees. At trial, the court awarded her considerably less alimony than any of the previous offers, namely nine installments of $8,000.

A Boca Raton divorce lawyer can help you if your spouse refuses to listen to reason. Contact Schwartz | White for help today.