Selling Marital Assets That Have Little Or No Value 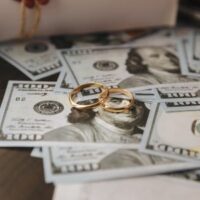 Florida’s equitable distribution laws do not apply exclusively to marital assets; in some divorce cases, the couple’s marital and nonmarital debts are an even more contentious issue than the couple’s assets.  Equitable distribution means dividing the couple’s marital assets and debts to enable both spouses, to whatever extent possible, to live at a comparable standard to their standard of living during the marriage.  You need look no farther than the news headlines or your own bank account to know that asset ownership is becoming more and more elusive, while debts are piling up everywhere.  In fact, student loan debt is one of the most common reasons that today’s couples sign prenuptial agreements.  In fact, alimony, which was the main reason that previous generations used to sign prenups, is only awarded in cases where the financially disadvantaged spouse has no other source of financial support that would enable them to keep their standard of living.  When dividing marital debts, the court considers each spouse’s role in incurring them; it also considers each spouse’s income and separate assets, to determine how much of a burden the debt will be to each party.  To find out more about debt repayment for the recently divorced, contact a Palm Beach County divorce lawyer.

Mark and Mary are the parents of triplets, and Mary stayed out of the workforce from the time the children were born until she and Mark separated when the children were in high school.  Mark worked as a sea captain throughout the marriage, and by the time the parties separated, the couple owned three rental properties in addition to their marital home.  When the parties separated, Mary’s annual income from her job was less than a third of Mark’s income from his work as a sea captain.  She had inherited about $400,000 from her parents; she kept the money in a separate savings account, and therefore the court classified it as separate property.  During the 18 months between the divorce filing and the final judgment of divorce, she spent about half of the inheritance money to pay expenses for herself and the children.

Early in the divorce case, the parties sold the marital home and divided the proceeds.  The rental properties were a more contentious issue. The parties had so little equity in two of the properties that, even after selling the rental property in which their equity was substantial, they would still owe money at closing.  The trial court was not specific enough about equitably dividing the couple’s responsibilities for these properties, and therefore the parties appealed the decision, and the appeals court remanded the case to the trial court.

A Boca Raton divorce lawyer can help you resolve disputes about the equitable distribution of marital debts.  Contact Schwartz | White for help with your case.