The Child’s Best Interests Come First: The Courts Should Not Change Custody Arrangements Just to Punish a Parent for Non-Compliance 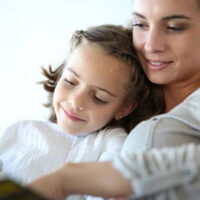 A parenting plan is a court order.  If you do not follow your court-ordered parenting plan, your ex-spouse can file a motion to hold you in contempt of court.  If the court holds you in criminal contempt, you can even go to jail.  While the parenting time and decision-making provisions differ from one family to another, all parenting plans require you to encourage your children to have a stable relationship with your ex-spouse and not to say negative things about your ex in front of your children.  If you do not let your ex-spouse take the child during his court-ordered parenting time, the court can also award your ex make-up parenting time (such as having the child spend a whole summer with your ex to make up for a year’s worth of weekends when you kept the children, against the provisions of your parenting plan).  It can even change the parenting plan so as to make your ex the primary residential parent instead of you.  Of course, the most important factor that the court should consider through all of this is the best interests of the child.  If you are involved in a messy co-parenting situation where one parent is not following the parenting plan, contact a Palm Beach County child custody lawyer.

When Changing Primary Residential Custody Is Too Disruptive for the Child

Mariah and Brian divorced in Illinois when their son was three years old.  Shortly after the divorce, Mariah moved to Florida with the child; Mariah and the child resided with Mariah’s mother in Florida.  The child was diagnosed with autism spectrum disorder sometime before his fifth birthday.  In Florida, Mariah and her mother ensured that the child received therapy and met his special dietary needs.

Meanwhile, Mariah consistently refused to allow Brian to exercise his parenting time, such that Brian hardly saw the child at all after the divorce.  Meanwhile, Brian never stopped trying to reunite with his child.  After he filed at least six motions for contempt.  When the child was seven years old, the court held Mariah in criminal contempt, threatening her with incarceration.  It awarded Brian 150 consecutive days of make-up parenting time, temporarily making him the primary residential parent.  Thus, it ordered the child to move to Illinois in the middle of a school year to live with a family member with whom he had had virtually no contact since he was in preschool.  Mariah appealed the decision, the children’s grandmother and therapist testified that the move would be detrimental to the child, and the appeals court reversed it and remanded it to the trial court to work out the details.  While it was obvious that Mariah was wrong to deny Brian parenting time, the appeals court instructed the trial court to make findings about the child’s best interest and to ensure that his special medical needs would be met when he was with his father.

A Boca Raton divorce lawyer can help you if one parent is failing to abide by the parenting plan.  Contact Schwartz | White for a consultation on your case.