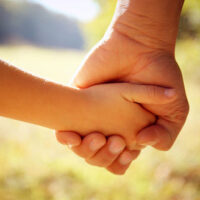 If the parents of a minor child are formalizing a parenting plan, either because they are getting divorced or because they have never been married but want to establish a regular co-parenting schedule, both parents must attend a one-day class on co-parenting.  It is a little bit like how anyone who wants to get a restricted driver’s license must first take a one-day course on traffic safety.  Likewise, if you do not comply with the terms of your parenting plan, the court can require you to take a longer and more in-depth parenting class.  These classes usually meet one evening per week for several weeks.  If you do not attend after the court orders you to do so, you can be held in contempt of court, just like you can if you disobey any other court order.  If your ex-spouse is failing to follow your parenting plan, or if it is impossible for you to abide by your parenting plan in its current form, contact a South Florida child custody lawyer.

By the time Daniel and Elizabeth Carson finalized their divorce, they lived 209 miles apart.  The children spent most of their time with Elizabeth, but Daniel was entitled to parenting time every other weekend.  In the year following their divorce, Elizabeth presented obstacles to the exercise of Daniel’s parenting time.  In response to a motion by Daniel to enforce the parenting plan, the court granted Daniel 32 days of make-up parenting time to compensate for the weekends and holidays that Elizabeth had kept the children from him.  It also ordered both parties to attend an eight-week co-parenting course which met every Tuesday evening in Sumter County, where Elizabeth resided and where the children were enrolled in school.

Daniel appealed the court’s decision.  He argued that it was not feasible for him to attend parenting classes more than 200 miles away from his home.  Doing so would require him to leave work three hours early every Tuesday and then return home late on Tuesday evening to go back to work on Wednesday morning.  He also argued that it was unfair for the court to order him to attend an eight-week parenting class anywhere, because it was Elizabeth who had been disobeying the parenting plan, not Daniel.  The court accepted Daniel’s appeal; it modified its order so that Elizabeth would be required to attend the eight-week parenting plan, but Daniel would not.  It also ruled that, if Elizabeth did not abide by all the terms of the parenting plan, the court would hold her in contempt.

If you and your ex-spouse lived on opposite ends of Florida, it can be difficult to follow a parenting plan that you formalized when you lived closer together.  A Boca Raton child custody lawyer can help you resolve child custody and co-parenting disputes.  Contact Schwartz | White for help today.